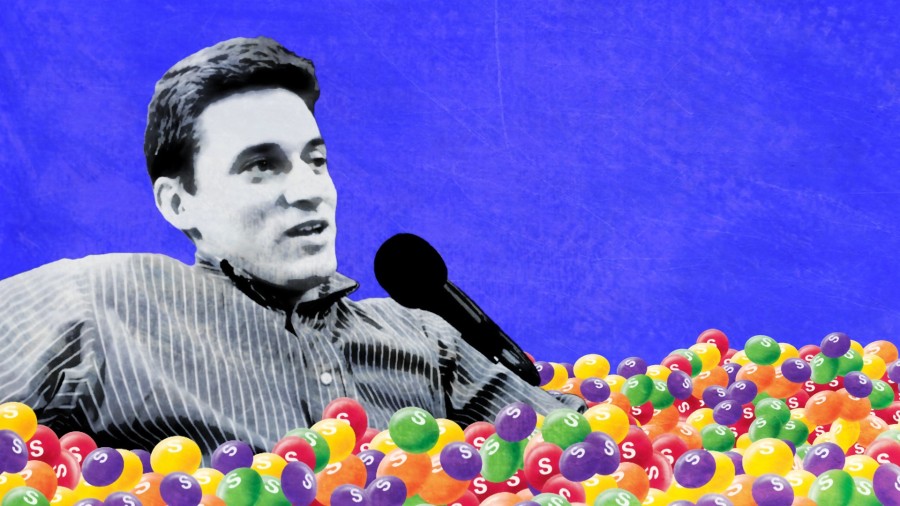 In a March 3, 2018 video, Gregory Conte and Richard Spencer of AltRight.com sat down too brainstorm the best way forward for the alt-right movement post-Charlottesville. Conte had previously worked as a substitute teacher at an all-girls Catholic high school in Maryland until school officials learned of his job at Spencer’s National Policy Institute.

Conte floated an idea that should sound familiar to everyone by now. “But Richard, what if we just infiltrated institutions?” he asked. After all, if “alt-right people who are red pilled” can “sneak into institutions,” they can fundamentally transform them from the inside.

“Yeah, I’m not fully against this idea,” Spencer said, appearing to approve of the idea in theory. In practice, however, he remained skeptical, adding he’s “yet to see the real results.” Of course this video was recorded around the same time a white nationalist teacher was busted attempting this very strategy.

And then Conte stuffed his foot in his mouth, remarking that “the only way to effect real change is by either Leninist or Hitlerian methods.”

Seemingly taken aback by what was either bad humor or brutal honesty, Spencer laughed and told him, “I wouldn’t say that’s the only way.” To which Conte added, “Or the barbarian rides in on horseback and sacks the city.” “Okay, there are lots of ways that paradigms change,” Spencer replied. “Those are two examples and I actually think maybe fixating on the 20th century might get us off track.”

Later in the video Conte managed to exemplify the utter brainlessness of the “chad nationalist” division of the alt-right by comparing the state of the movement to a body building regimen. He explained that it’s like “bulking and cutting”:

Up until Charlottesville we were bulking. We were packing on the pounds, hitting the gym every day, our movement was growing. And then after Charlottesville it’s been getting rid of all the excess fat and getting nice and lean and hungry again.

In other words, many people fled the movement post-Charlottesville, supposedly leaving it with only its most dedicated soldiers. Of course that’s most assuredly not true. The movement will continue to fracture along ideological lines, and some activists will inevitably grow weary of the fighting and social media bans and online mockery.

In fact, after this video aired Spencer held his heavily publicized talk at Michigan State University, and the results were nothing short of embarrassing.

Spencer’s supporters, including Matt Heimbach and his TWP goons, were outnumbered by anti-racist protesters. During the ensuing melee Conte was arrested and later bailed out. And while Spencer did give his speech as planned, it was in a largely empty room.

Suffice it to say, the state of the alt-right is not well, and the only people who remain will be the most maladjusted young men who enjoy getting drunk and singing racist song parodies.

Men like Greg Conte here, who also likened the alt-right to a group of seducers. Hold onto your hats folks, this is gonna get weird.

“Earlier I asked you what would you compare this movement to,” Conte recalled. “And the correct answer is seduction. We are conducting a mass seduction of society. And society is not going to want to sleep with us unless we are both hard and — hard winners and also, okay, we maybe buy some Skittles sometimes.”

“Is that how you seduce women?” Spencer asked. “Skittles? Okay. That’s why you get so many girls I guess… You’re throwin’ out the…Jolly Ranchers, maybe. I don’t know what you’re saying.” Don’t worry, Richard, for once we’re as dumbfounded as you are.