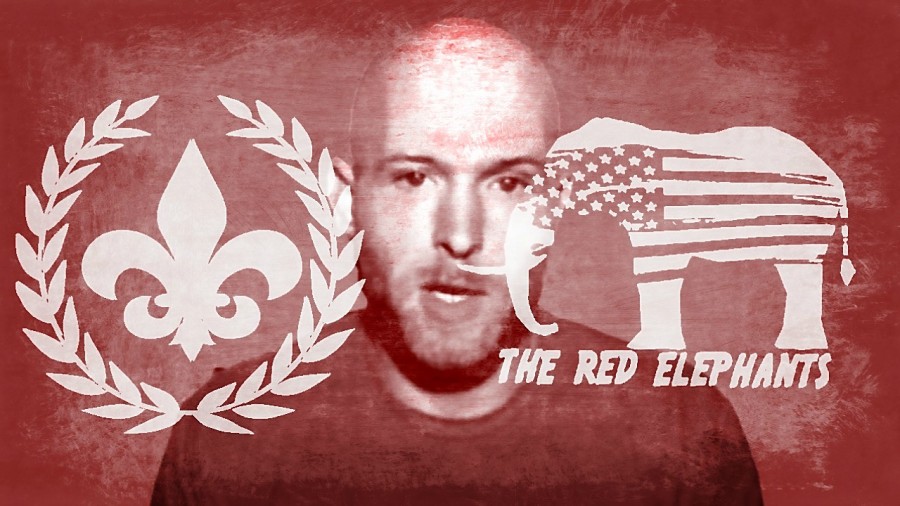 On January 16th, 2018, the Twitter account for The Red Elephants, an alt-right media collective, tweeted a link to a video entitled “Anti White High School Teacher Shames White Students.” The video, by Red Elephants founder Vincent James, targeted a Louisiana high school teacher and smeared her as “anti-white” and a “Marxist.”

The teacher, Kady Clincy, had recorded a video outside the classroom in which she explained the concept of racism as being privilege plus power.

The “prejudice plus power” model is fairly standard among anti-racist educators. As Philip Lewis wrote in an article for Mic:

Racism and prejudice aren’t quite the same thing. Racism, rather, is best known as a system in which a racial majority is able to enforce its power and privilege over another race through political, economic and institutional means. Therefore racism can be described as “prejudice plus power,” as the two work together to create the system of inequality.

Thus, “reverse racism” doesn’t actually exist, because, as Elite Daily’s Alexia LaFata noted, “There has never, ever, ever been a national set of laws or system put in place to systematically oppress white people or push them to a status that is ‘less than.'”

But James’ case that Clincy expressed “anti-white” views, or, as the video title says, “shames” her white students is non-existent.

Clincy never said that African-Americans can never be prejudiced, and she unequivocally condemned actions motivated by anti-white prejudice in her video, but James nevertheless condemned her as “anti-white.”

“Sorry honey,” James said, “you might be an educator, but it’s clear that your IQ doesn’t surpass 90. You are a very low informed, low IQ educator.”

Some of James’ information about her comes from second and third-hand sources. He claimed to have been in contact with an anonymous teacher at Clincy’s school. This teacher allegedly told James that students said Clincy discusses anti-racism in her science class. There is no direct proof of this.

Similarly, when James complained that the school held a workshop by anti-racist activist Matthew Kincaid, he claimed Kincaid advocated for reparations during his presentation. No video of the workshop was provided, and this remains speculation on James’ part.

As of today, James’ video has been removed from YouTube for violating the website’s policy against bullying and harassment. Unfortunately, James’ racist fans have already worked themselves into a frenzy and have pushed for Clincy to be fired.

A nascent white supremacist organization called Identity Acadia denounced Clincy as an “anti-white transplant” who “made a video explaining that only white people can be racist using neo-marxist [sic] theories of power relations”:

She recently made a video explaining that only white people can be racist using neo-marxist theories of power relations.

Another tweet claimed she was “unfit to teach,” and tagged the Twitter account of the Orleans Parish School Board. Although IA included a screenshot of an alleged tweet from “one of her students,” that tweet does not appear to exist, or may have been deleted:

Anti-white Kady Clincy is not fit to teach. Her biases against her white students and her Marxist worldview of oppressor vs oppressed are a danger to the education of kids in our city.

Her gross misconduct can be seen in this quote recorded by one of her students. @_OPSB pic.twitter.com/Yvp39i84dP

Another tweet showed pictures of Clincy and Kincaid, and again called for her firing:

Parents, boycott this school. Protect your children from the anti-white lunacy.

IA describes itself as a “Cajun Identitarian Organization” in its Twitter bio, and its name indicates that it’s an offshoot of the much larger racist organization Identity Evropa. IA regularly retweets white supremacist messages: 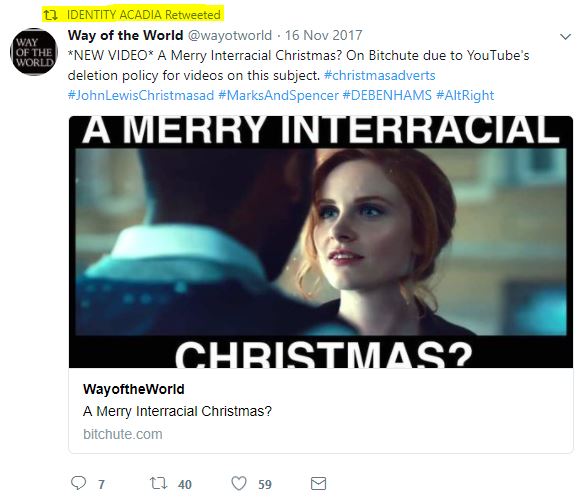 Others began tweeting photos of the school itself — including aerial shots:

lefttys like kady clincy are the real nazis look at this swastikas on the roof of her school pic.twitter.com/DAMB7jlAo9

This is precisely the response James was looking for when he made his video, which he boasted received some 100,000 views on Facebook. James is a white supremacist with a track record of targeting educators he believes to be “anti-white” or harboring Communist sympathies.

Last October, James appeared on an explicitly Neo-Nazi podcast where he alleged that “90% of universities across the country” are teaching a “Marxist curriculum.” And he blamed the rise of antifa and third wave feminism on “cultural Marxism,” an anti-Semitic conspiracy theory.

Later that month he sat down for a friendly interview with white nationalist Jared Taylor, the founder of the New Century Foundation and the webzine American Renaissance. The pair criticized welfare recipients as “moochers” and bonded over their mutual belief that non-whites possess lower IQs on average.

James is also a rabid conspiracy theorist, who published myths about last year’s massacre in Las Vegas that left 58 dead. Those myths include sightings of the gunman after he committed suicide, and the presence of a second shooter.

He also started a campaign called “Film Your Marxist Professors,” where he encouraged followers to surreptitiously record educators and send him the results. James then uses clips of those recordings in videos in an effort to destroy their careers.

Last year James was sent a video of a Diablo Valley College professor who said the Constitution “should be called a white man’s constitution” since it was created with white males in mind. The professor, Albert Ponce, also appeared to advocate civil disobedience against the government.

In a video about Ponce, James said, “So this is the exact reason why we need to film our Marxist professors.”

He added that “a lot of people in their classrooms are very weary [sic] of filming their professors spewing this radical rhetoric” because of classroom bans on cell phones and tablets. “All of that is just a safety net to discourage you from filming their Marxist, Communist, disgusting rhetoric that they spew in these classrooms to indoctrinate these children.”

The Red Elephants’ coverage of Ponce was picked up by Campus Reform, a website maintained by the far-right Leadership Institute where “student reporters write about perceived instances of liberal bias on college campuses.”

And at Gateway Pundit, a website with a history of peddling hoaxes, Cassandra Fairbanks wrote, “The footage of Ponce pushing his Antifa views to his students was obtained by The Red Elephants, who have been pushing their readers to film their liberal professors.”

Given Vince’s success in pushing these stories from his alt-right platform to other outlets that are closer to the conservative mainstream, it’s unlikely he’ll end his smear/harassment campaign any time soon.

After their latest video was pulled, the Red Elephants Twitter account tweeted the following: “Expose another anti-white Marxist teacher… get banned from YouTube. Don’t worry, we have 6 more teachers lined up and spies at 15 schools.”

Expose another anti-white Marxist teacher… get banned from YouTube. Don’t worry, we have 6 more teachers lined up and spies at 15 schools pic.twitter.com/2gkNvOKiA6