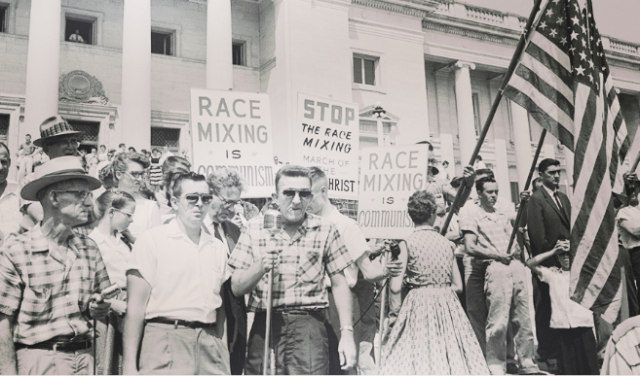 For all the accusations that liberals (a.k.a. “social justice warriors”) are emotional and whine about the slightest offenses, the alt-right freaks out over some pretty hilarious stuff. Case in point, this run of the mill advertisement from State Farm showing a stock photo of an interracial couple getting engaged:

No big deal, right? Boring as hell aside from the dumb “bling” reference. Well, not if you’re a white nationalist who believes this is a harbinger of *gasp*  white genocide. Then you start to cry and send angry tweetstorms. Some just gave the customary, angry “I’m never doing business with you again!” nonsense. Because a well-known insurance company will totally cave to racist dimwits: 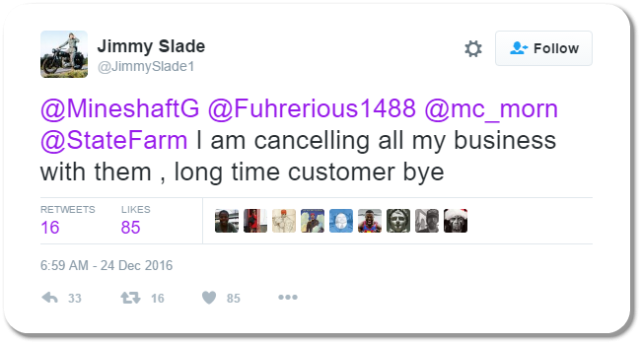 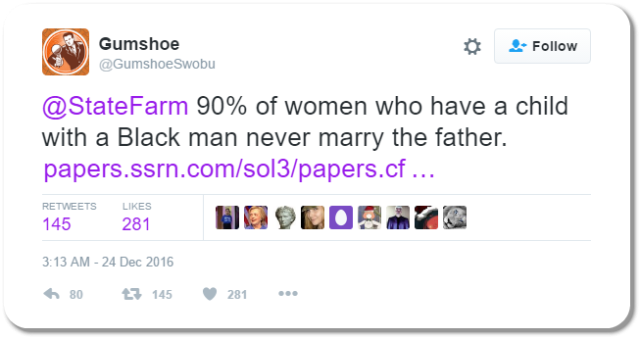 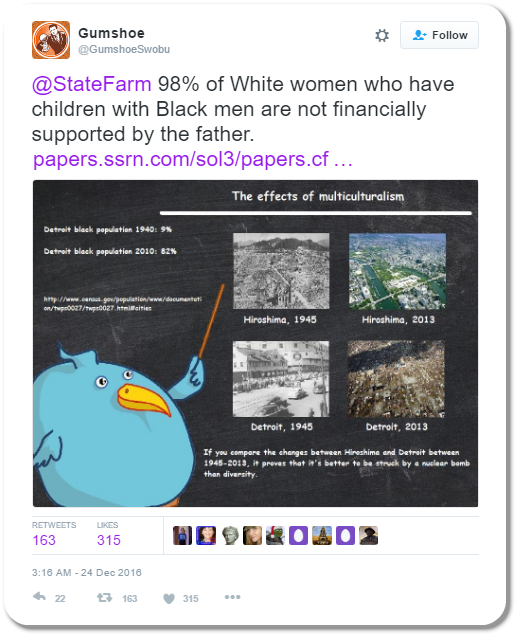 There was the usual “cuck” namecalling: 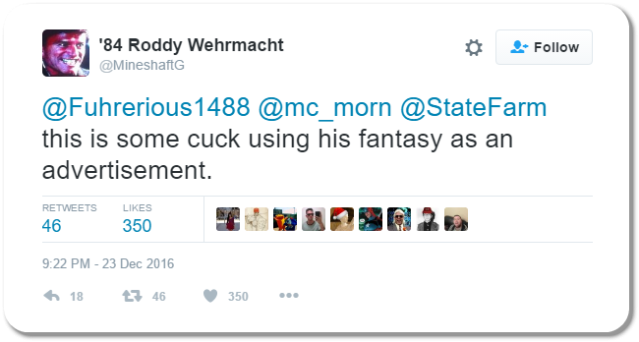 This Trump-loving Nazi seems upset that he was called out on his insecurity:

Some people speculated that the woman was underage. Because so many stock photos show an adult and a minor getting engaged. Extra points for Neander Thal’s claim that the unmade bed suggests they are “post-coital.” Brilliant:

The rest were primarily concerned with interracial relationships because they have no lives I suppose: 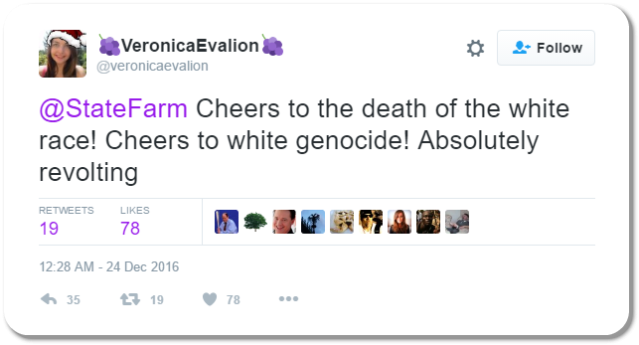 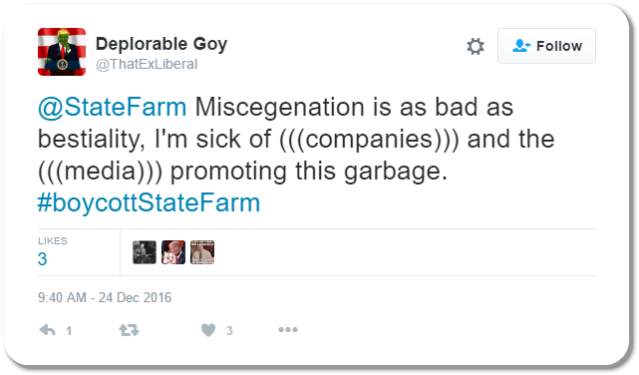 Brenda Gale is also hung up on the age issue, and calls the woman a “shark” — short for “mudshark,” a racist term for white women who’ve slept with black men: 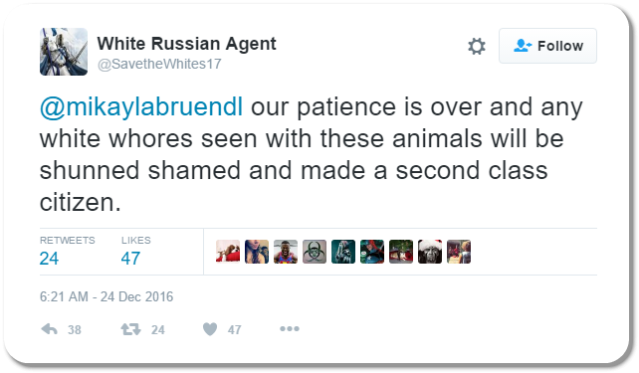 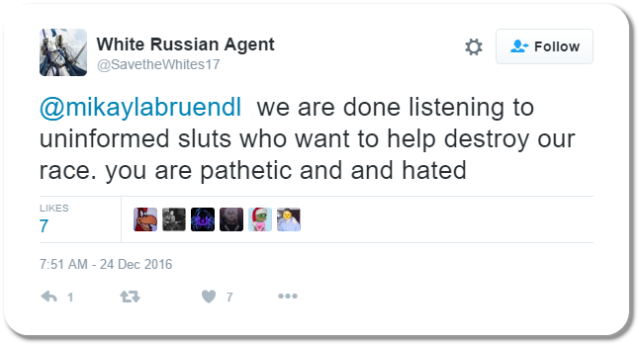 TexasStormer was a tad hot under the collar: 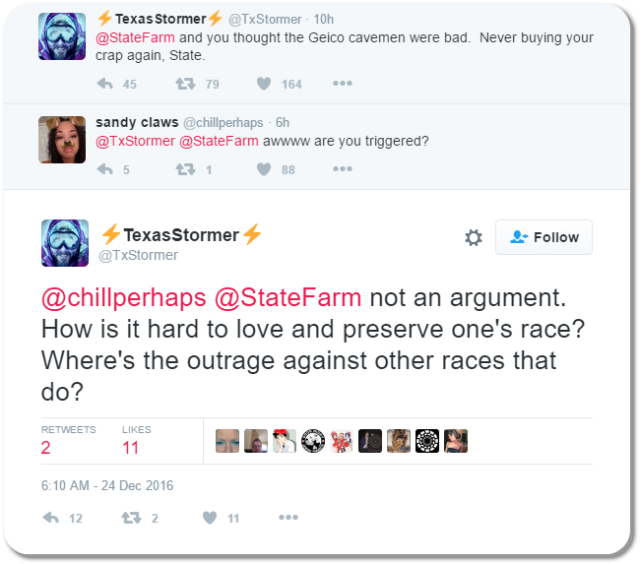 August West also thinks the picture shows the couple after they had sex. Oh and something about bestiality: 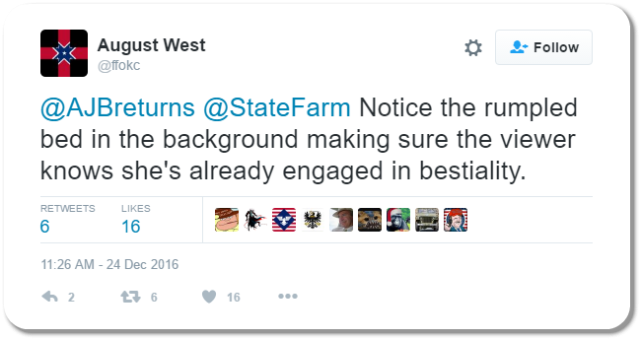 “Normal” for this guy looks like an ad for The Man in the High Castle:

And I’m pretty sure this is false: