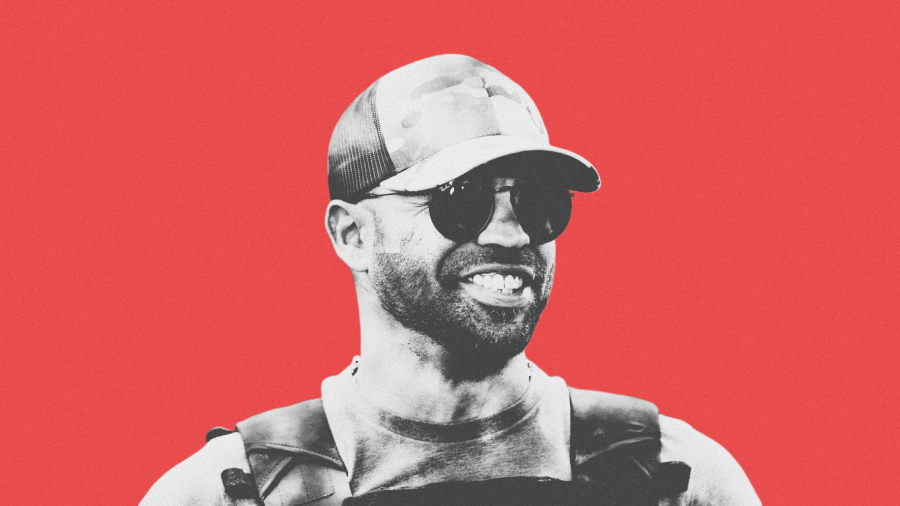 On July 12, 2021, Proud Boys chairman Enrique Tarrio whitewashed the crimes of fascist Chilean dictator Augusto Pinochet, calling his 1973 coup d’état “one of the most peaceful” in history. Tarrio also spread conspiracies about the 2020 presidential election, referring to it as a bloodless coup by Democrats.

Tarrio made the comments during an interview with Francisco Pinochet — the late dictator’s great nephew.

“The main thing, I guess, that I feel is a misconception about Augusto, was that he was a bloody tyrant,” said Tarrio. “Across the history of the world, when there’s a transition of power like this, there’s bloodshed.” Tarrio said he “wish[ed] it was a utopia where we just transferred power” and politicians respected the will of the people.

Tarrio compared what he claimed was the death toll of the CIA-backed coup d’état — in which the democratically-elected president Salvador Allende was overthrown — to that of the American and French revolutions. According to Tarrio, the coup resulted in “1,200 deaths,” which made it “probably one of the most peaceful coups in modern-day history.”

Government statistics, meanwhile, put the number of those killed under his rule at over 3,000. Tens of thousands more were arrested and brutally tortured. Suspected left-wing “agitators” were taken to detention sites where they were viciously beaten, placed in stress positions, raped, and electrocuted.

In 1998 Pinochet was arrested in London for crimes against humanity — including torture, murder, hostage-taking, and genocide — after an international warrant was issued by a Spanish judge.

British courts rejected the claim that Pinochet was entitled to immunity as an ex-head of state, but allowed him to return to his home in Santiago due to his failing health. While in Santiago he was detained under house arrest but died in 2006 before standing trial.

Pinochet’s human rights abuses — particularly his extrajudicial execution of political dissidents — is celebrated by far-right extremists, including the Proud Boys who sell t-shirts with slogans like “Pinochet Did Nothing Wrong.”

While commenting on the widespread protests in Cuba, Tarrio insisted that the Cuban people needed to prepare for conflict in order to take their country back. Tarrio told Francisco that the citizens of Cuba need to “sacrifice a lot more” because they’re “not gonna 1776 by just parading down the streets.”

He also said they need a Pinochet of their own.

“They need — I don’t care how people interpret this — they need an Augusto,” Tarrio said flatly. “They need a Pinochet. They need somebody to come in. I can’t tell you we’re at that point in the United States. The United States I still feel like we can kind of work towards that without it. And I say ‘kind of’ very sparingly.”

He also said he hoped that American citizens would travel to Cuba in order to “fuck shit up and really take this country back.” But he worried that the “subversive fucks” in the Biden administration might “have their leftist hands in getting that country back together.”

“And I hope and I pray that the Cuban people meet leftist fuckin’ Americans with boots in their asses, and boot ’em right back over here,” he said. “‘Cause that’s needed. That’s needed. If the Cuban people overthrow their shit, the American government has no place in telling them what the fuck should go next.”

Tarrio said that after a successful revolution they should adopt the U.S. Constitution and “make sure no other leftist ever takes power in that country” again.

Tarrio also spread the Big Lie about the 2020 presidential election — that it had been stolen and Donald Trump was the rightful winner. He told Francisco that he knew that Biden “was gonna steal this shit” and that the court system would not intervene. But he praised the rallies in favor of overturning the results.

“But on November 14th something gave me hope,” he explained. “I saw a shit ton of people hit the streets of D.C. to protest not just the election results … but what’s happened for the past four years: the demonization of fuckin’ Trump supporters. The demonization of the Right.”

Tarrio was referencing the so-called “Million MAGA March” — a gathering which included extremists like white nationalist Nick Fuentes and conspiracy theorist Alex Jones. Tarrio also attended a subsequent rally in Dec. 2020 in which he and other Proud Boys stole a Black Lives Matter banner from a historic Black church and burned it.

He claimed that he knew people would “get together and fuckin’ protest in masses in D.C.” once Biden was “falsely” sworn in on the “Bible of Satan.” Tarrio then falsely stated that the pro-Trump insurrection was a set-up in order to prevent these protests from occurring.

And he held up the 2020 presidential election up as an example of a bad coup d’état — as opposed to the violent one staged by Pinochet which he supports.

“But coups aren’t always good,” Tarrio said. “There’s always been coups that are horrible — like the one in 2020, during the 2020 election. But they didn’t need bloodshed. … These Communist scumbags are able to take this fuckin’ country digitally. They don’t need shit. They don’t need fuckin’ tanks.”