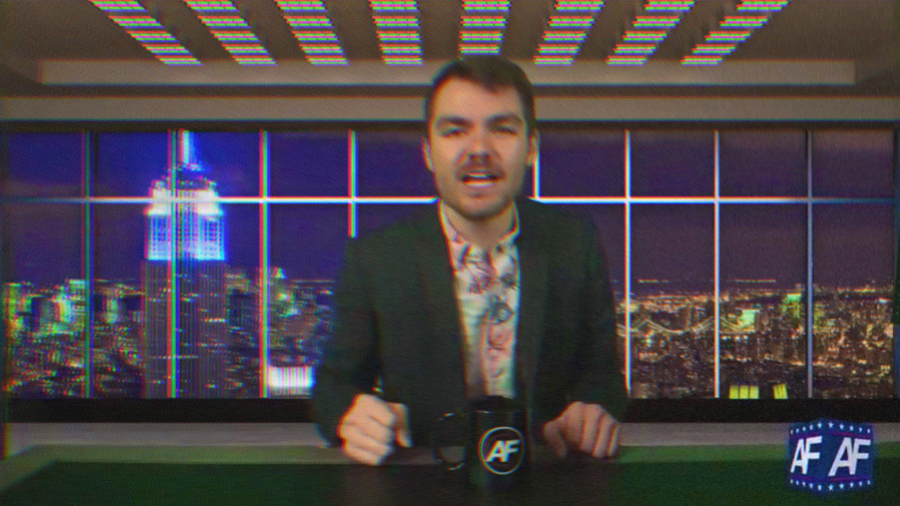 After America First Students founder Jaden McNeil was criticized over a racist tweet about George Floyd, white nationalist podcaster Nick Fuentes addressed the controversy during last Friday’s broadcast of America First! Fuentes took the opportunity to launch into a tirade about the lack of support white Americans have gotten from the government.

Fuentes, considered a figurehead of the racist and antisemitic groyper movement, defended McNeil’s tweet, which sarcastically congratulated Floyd for “being drug free for an entire month!” (McNeil’s university and several of the school’s athletes condemned him.) He also said the reaction to the tweet signified a deeper problem facing white Americans.

“We’re in a state of anarcho-tyranny,” Fuentes said, borrowing a term coined by the late white nationalist Sam Francis, “where on the one side you’ve got total lawlessness. You’ve got legitimate bad actors like George Floyd, like Ahmaud Arbery, like Trayvon Martin, like Michael Brown, like O.J. Simpson, and there’s been many of them — Rodney King — over the past 30 years.”

Fuentes said that these “bad actors” “do drugs” and “commit violence” and end up walking free. On the other hand, he and other “tax-paying, white, Christian, traditional Americans” must “put up with the destruction of our country by these lawless bad actors” and get condemned as “racist” if they object. He also complained that in the midst of these protests people want to defund or disband the police.

Fuentes told viewers that the aforementioned white, Christian Americans “have no rights in this country anymore” because “the mob doesn’t recognize them and the government doesn’t protect ’em anymore.” He later warned that “If or when the mob comes for you, it’s on your guns, and your ammunition, and your network, and your plan.”

“Because who knows if the police will even exist in five years,” Fuentes said, adding that even if the police exist in the future they may never even make a police report. Fuentes claimed that “Stacey Abrams and Kamala Harris’ll be running the police department and the DA” in the future, which means they need to plan on protecting themselves and their families.

He also pointed out that while some conservatives like Matt Walsh — whom Fuentes previously denounced as a “shabbos goy race traitor” — defended Jaden McNeil, many did not. Moreover, they never defended other even more extreme right-wing figures.

Neo-Nazi James Fields was convicted in 2018 of the murder of 32-year-old anti-racist protester Heather Heyer, after he drove his Dodge Challenger into a crowd at the white power “Unite the Right” rally — which Fuentes attended. Fields further pleaded guilty to federal hate crimes charges in 2019, thereby avoiding a possible death sentence.