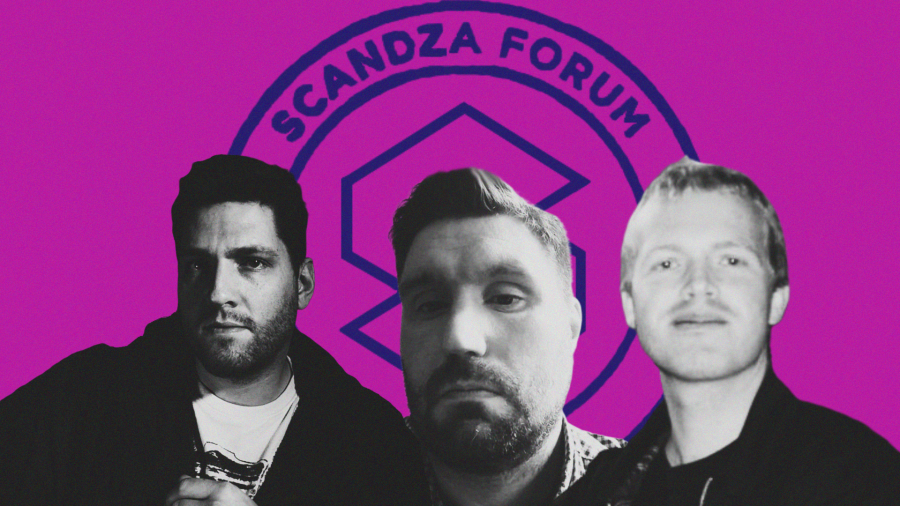 In early July, several prominent white nationalists attended a gathering in the city of Oslo to give talks promoting an ethnostate for whites and savaging diversity, multiculturalism, and democracy. The 2017 Scandza Forum featured the likes of Mike Peinovich of The Right Stuff, Colin Robertson (a.k.a. Millennial Woes), Greg Johnson of Counter-Currents Publishing, Lauritz von Guildhausen of the podcast The Third Rail, and Olav Torheim.

In a lengthy Q&A session, Robertson claimed that the odds of white Americans and Britons voting to forcibly remove non-whites would be slim to nil.

Robertson added that such a vote would be “necessary,” since the only other alternative would be “civil war,” but that “very few” whites would be in favor of forcing out Muslims and blacks.

Greg Johnson disagreed with his assessment. The Counter-Currents publisher, whose face was obscured by Red Ice TV, claimed that white people aren’t “allowed to vote on our own dispossession because we’d say no to it.” He then suggested a strategy for how white nationalists can convince ordinary people to choose this option:

In terms of “Will people vote to deport people?”, they will. But the thing is we need to put it to them in the right way. It’s not “Do we deport or not deport?” It’s not gonna be that stark. First we propose sensible things that the enemy shoots down. There are ways that we can — we have to agitate. That’s the key.

If you go, if you walked into a room and just flat-out asked your average Norwegian “Would you back sending all of these people who are driving cabs back to wherever they came from near the equator?”, chances are the majority would say no. You can’t just ask ’em cold though. You gotta agitate. You’ve got to get the public angry. You’ve gotta propose mild things and then watch the enemy go crazy, saying that Norwegians are all monsters for even considering such stuff.

And so what happens is, you get the Left to push people towards us, because it doesn’t take much to trigger them into meltdowns of insanity as we’ve seen in the United States since the election of Donald Trump. So that’s the key. They might not be ready to vote for it now, but they can be ready to vote for it eventually if we work to agitate our people. And one of the best ways of agitating our people is to agitate the Left — who hates us after all — to attack our people, and stigmatize our people even more than they already are doing.

Mike Peinovich took the mic next and asserted that the one place in which an overwhelming majority of citizens would vote to deport Muslims would be the U.S.

“Now you probably wouldn’t get [a yes] if you said the Mexicans, and when you start talking about blacks you would trigger all kinds of psychoses that Americans have about the white-black relationship which is kind of a albatross that’s been around our neck as a nation for hundreds of years,” he claimed.

On the other hand, white Americans view Muslims as a “threat” in a way they don’t for Mexicans or black people, even though, he said, the latter are a greater demographic threat to whites.

“So white people will defend themselves against perceived threats, but they just don’t perceive these other peoples as a demographic threat. And one of the phenomenas [sic] that we see is when whites are made aware of the demographic situation … But you make them aware of it, and then you show them how it’s celebrated in the liberal press and the Jewish press, and you can turn people into white nationalists by doing that.”

Olav Torheim spoke next, decrying European democracies as a sham because a proper ethnostate has not yet been created for whites. According to Torheim, “when talking about democracy,” “everyone seems to have forgotten that a precondition for democracy — the concept of democracy — is that there is a people. First there must be a people.”

He complained that too many politicians talk of “individual rights, human rights” instead of the “will of the people.” He added that, “I think it’s time to say this is not democracy, whatever you think of it in the first place. So, either admit we don’t have any democracy or give us the ethnic state back so we can have it.”

Johnson expressed optimism over the prospect of reversing the demographic crisis he believes the white race is facing without resorting to violence. “If it’s possible for them to displace us ethnically, it’s possible for us to reverse that,” he said. “If the planes and trains and automobiles that are bringing these people can cross the border into Norway, they can cross the border going out of Norway.”

Indeed, Johnson sought to put a happy face on the mass expulsion of foreigners by pointing out that there wouldn’t have to be a “race war, or ethnic cleansing, or Day of the Rope, or anything that scares people and makes people think, “This sounds like Nazi Germany.”

But, he warned, the people they’re seeking to deport “are going to make it necessary for you to hurry that process forward” by resorting to violence. “They’re going to start violence, they’re going to start acts of terrorism, and protest. And it’s gonna make that easier for your average liberal-minded Swede or Norwegian to say ‘Enough is enough! Round them up and ship them out.'”

Peinovich suggested that white nationalists highlight stories in the “Jewish press” about how, in the future, “everybody’s gonna be brown.” The goal, he claimed, is to get white people to understand that “they’re literally talking about wiping us out,” and that a “foreign ethnic group” is leading this charge. “When you see them as not white, but as Jews, suddenly now you’re mad, because you’re like ‘Hey, wait, who the hell are they to do that to us?'”