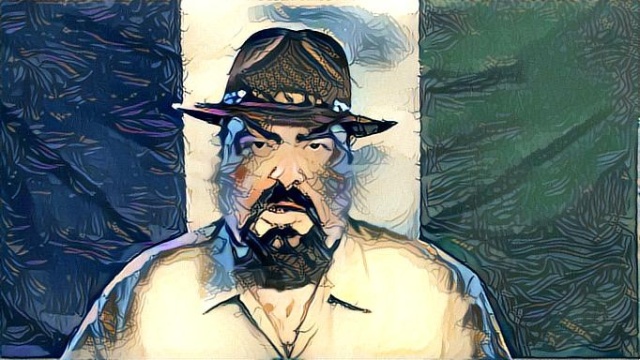 On his September 22, 2016 episode of Radio Free Northwest, Neo-Nazi survivalist Harold Covington, in a message directed at law enforcement, accused the President and the FBI of destroying our borders and flooding the country with Third World immigrants.

The 63-year-old Covington is the head of an organization known as the Northwest Front (from which his podcast borrows its name), a “political organization of Aryan men and women” with the goal of establishing a sovereign nation “in the Pacific Northwest.”

Covington listed off a series of terrorist attacks, including the bombing in New York City and stabbing spree in Minnesota. He claimed that for many years “Islamic terrorism in this country was almost completely a myth,” but now “all of the sudden we started getting isolated incidences of Muslims flipping out in shopping malls and whatnot.” “So, why now?” Covington wondered aloud. “What happened about two years ago that seems to have changed the situation?”

Covington answered that the reason for these lone wolf terror attacks was President Obama’s 2014 executive order that expanded the Deferred Action for Childhood Arrivals (DACA), a program that provided certain undocumented immigrants with a renewable 2-year work permit and exemption from deportation.

Specifically, the order expanded DACA to include immigrants who entered the country prior to 2010 and lifted the 30-year age limit. Covington’s theory would be impossible, then, since the 2014 executive order was enjoined from taking effect and, due to a split decision from the Supreme Court, currently in constitutional limbo.

And, as revealed by the New York Times in 2015, half of all jihadist terror attacks were committed by men born in the United States, including Alton Nolen, Ali Muhammad Brown, and Syed Farook. Today that list could be updated to include Omar Mateen, the Pulse nightclub killer. Others such as Dzhokhar Tsarnaev and Mohammod Youssuf Abdulazeez were naturalized years ago, long before Obama’s executive order.

In other words, the DACA expansion that is still tied up in the courts could not have possibly impacted these terrorists, contrary to Covington’s complaint that “baby shit-brown dictator” Obama “abolished the borders of the United States with the stroke of his pen.”

Covington also floated the idea that numerous Middle Eastern men with fake Spanish accents — “swarthy, smelly, olive-skinned young men of military age” in his words — were caught crossing the Southern border, a story that was supposedly swept under the rug by the mainstream media. He accused law enforcement officials (whom he believed were listening in an effort to find incriminating evidence of some sort) of not doing their jobs and performing background checks on such people.

The same went for Somali immigrants who traveled to the U.S. during the Obama years. “You know Somalis?” he asked. “Like the guy who went berserk in the Minnesota shopping mall stabbing people? The Black Hawk Down guys? The [niggers] who chew themselves high on ghat and go berserk with machetes or an AK-47?” He denounced the FBI for not vetting “those goat-herding kaffirs” before resettling them in Minnesota and Maine.

San Bernardino. Orlando. Now New York and Minnesota. Yes, Virginia, Islamic terrorism is now here in America. And for a long time I used to point out that Islamic terrorism in this country was almost completely a myth, with virtually no serious terror attacks at all for years after 9/11 other than that psychiatrist at Ft. Hood who flipped out. And that appears to have been just an individual case of one man who could no longer remain part of the murder machine that was butchering his own kind.

But as far as any 24-style terror cells plotting and actually executing dastardly deeds, nah, never happened. Amazingly so in view of the mass murder we were inflicting on Muslim countries in the Middle East: Blowing up weddings and elementary schools with drone attacks, buggering prisoners at Abu Ghraib and snapping pics on our phones to send home to mom, that kind of stuff. Until starting about a year or 18 months ago, that is.

Then all of the sudden we started getting isolated incidences of Muslims flipping out in shopping malls and whatnot. And then the bigger attacks started with San Bernardino. And now it’s become pretty obvious that there are genuine, honest-to-God terror cells here.

Let’s see. What happened about two years ago that seems to have changed the situation? Oh, I know. On November the 20th, 2014 a certain baby shit-brown dictator abolished the borders of the United States with the stroke of his pen on an executive order. And the spineless and lily-livered Republican Party bowed down low before him. And the military sat by and did nothing and so we now live in a dictatorship. For real.

Now you remember what happened after the borders came down? The massive wave of Third Worlders that came pouring across, including tens of thousands of unaccompanied minors, quote unquote. Some of whom weren’t so minor, 17 and 18-year-old gang members from Latin America covered with tattoos.

And remember the Border Patrol stating to the media and presumably in their own internal reports as well, including reports made to your agencies? That it was very difficult to tell South American Mestizos from Middle Easterners ’cause of their similarities in physical appearance? And how it was clear to these experienced officers that a lot of these swarthy, smelly, olive-skinned young men of military age walking across the now open border spoke only strangely accented broken Spanish, and were clearly from somewhere else? How they were finding hundreds if not thousands of those young men of military age, not with false American Social Security cards and ID like things used to be, but with clearly fake Mexican identification documents.

True, these reports appeared in the news and the Internet for only a day or two and then they magically disappeared. But, surely somebody in your agency was keeping track of what was going on, and so you have them in those vast archives of yours, right? I mean, with an event like the erasure of the entire United States border, you guys were paying attention and following what was going on, right?

Or were you sitting in your cubicles and sipping on your slushies and listening to me on Radio Free Northwest, hoping to overhear me saying something that you could prosecute me for, because some bitch in a Hillary pantsuit in the office above you didn’t like it? Was that what you were doing? Instead of paying attention to what was going on all around you?

And I see today that, since 9/11, mostly the Obama regime has allowed over 100,000 Somalis into this country. You know Somalis? Like the guy who went berserk in the Minnesota shopping mall stabbing people? The Black Hawk Down guys? The [niggers] who chew themselves high on ghat and go berserk with machetes or an AK-47? Boy, I bet you FBI guys really had your hands full, vetting and running background checks on all those goat-herding kaffirs, right? Ah, you did, didn’t you? You did vet them and check their backgrounds thoroughly before you let them into this country, and moved them up to Minneapolis and Bangor, Maine and settled ’em down with their government checks in exchange for voting Democrat? You did do that, right?