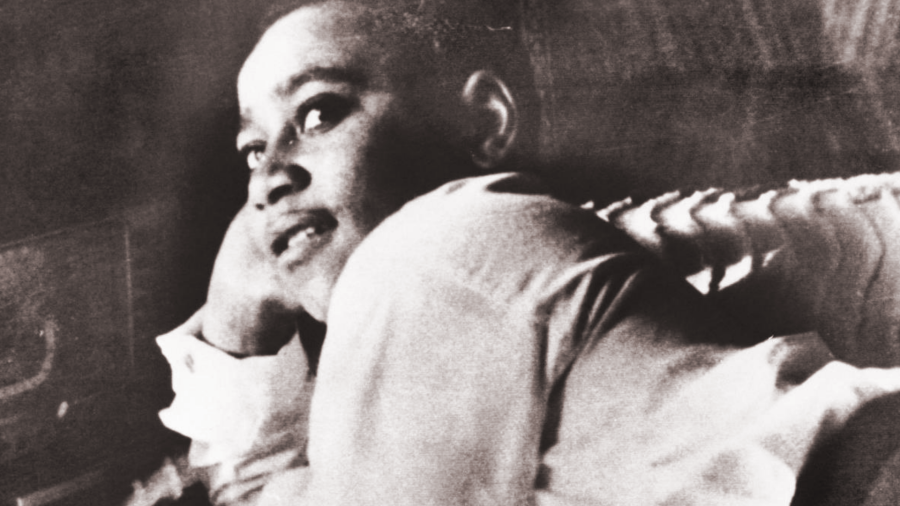 Over at the noxious website Stuff Black People Don’t Like (SBPDL), pseudonymous blogger Paul Kersey reacted to the opening of the National African-American History Museum as about well as you’d imagine. Kersey condemned the museum as a “building designed with solely one purpose – squeeze out every last drop of white guilt from any white visitor while simultaneously amping up black rage, hatred, and hostility to living and dead white people” and took particular issue with its display of Emmett Till’s casket.

Till, a 14-year-old black Chicago native, was brutally lynched by a gang of white Mississippians in 1955 for the “crime” of having the temerity to whistle at a white woman. Till’s killers drove him around in the back of a pickup truck, pistol-whipping and beating him before he was ultimately executed. Three days later his body was discovered in the Tallahatchie River. He had a gunshot wound to his head, was missing an eye, and had a cotton gin fan tied around his neck with barbed wire. The murderers were found not guilty by an all-white jury.

An incredulous Kersey noted that three movies would be made about the lynching victim, but wrote that none of them would “mention the story of his abusive, misogynist father Louis Till” who “was suspected in the murder of an Italian woman and the raping of two others” and was ultimately executed by hanging. Kersey remarked that these were “[m]inor, inconvenient details barely registering as a worth of a footnote in the hagiography surrounding Emmitt Till.”

Perhaps the reason his father’s supposed crimes aren’t mentioned when dealing with the story of Emmett Till is that they do not matter or have any bearing on the boy’s murder. His father could have been the worst human being to walk the Earth, and even then what happened to Emmett would not have been justified. Emmett Till is remembered (hopefully) as an abject lesson in the horrors of racism, institutional and otherwise.

That is not the lesson that Kersey derives from it, however. Till’s casket, he wrote, is

nothing more than a box (whose sterling, seemingly impeachable reputation is built entirely upon a hoax and the coverup of his father’s execution for raping and murdering white women in Italy) that helped galvanize a movement ultimately laying waste to entire regions across the United States: St. Louis, Rochester, Baltimore, Birmingham, Memphis, Camden, Savannah, Montgomery, Atlanta, Newark, Richmond, Indianapolis, Chicago, and Charlotte.

He closed by writing that the “only item worth canonizing and displaying” in the museum is the “rope used to have hanged” Till’s father, Louis, “if it still exists.” SBPDL readers also chimed in with their horribly racist and ill-informed thoughts.

Why isn’t his coffin below ground with him in it?

Did a voodoo witch doctor raise him from the dead and he’s now a zombie wandering the quiet countryside sexually assaulting white female shopkeepers?

Is he going to do a zombie crossover movie with Nat Turner?

Another wondered if one could buy “Newports and cheap booze in a brown bag somewhere in that museum” or a “tricked out ghetto car”:

I predict that museum will be a nice quiet place real soon. Blacks don’t go to museums and stupid whites will tire of it soon enough. We all know the museum director wanted that casket so bad he could taste it – I don’t believe he was conflicted about it at all. Are Newports and cheap booze in a brown bag somewhere in that museum? How about a tricked out ghetto car? A pimp suit from the 1970s? Hair weave, crazy long nails, afro comb, pair of Nikes or Air Jordans? It wouldn’t be a complete museum of blacks without that stuff.

Another wrote that Emmett Till deserved to be lynched:

Emmett Till, what a freaking joke. His father got what he deserved. Actually both did. And of course Hollywood will give them saintly status…. That’s why I haven’t been to a movie theater in 15 years. Screw ’em.

And one person used the article as an excuse to go on a long-winded rant about the “dysfunctional race” whose “survival depends on maintaining their role as victims, and they proudly ook and eek over any symbol that draws attention to this quality”:

Emmet Till’s casket is tangible evidence of a quality that has enabled a dysfunctional race to thrive in an environment that should have extinguished the race long ago. To my knowledge blacks are the only race that actively cultivates and takes pride in continuously developing this quality to the fullest extent. Blacks are nature’s victims. If there is too much rain, they drown. They always have the highest unemployment rates, they are victims of violent crime and are incarcerated more often than any other race, police keep killing them, they can’t graduate from high school, it is common for them to get killed during prayer vigils, and whenever a new lethal virus is discovered it will probably be found in a black population. This quality is evident prior to birth as demonstrated by the high probability that a black fetus will be aborted, and if a black fetus survives gestation it will grow up without a father. The chances of a black having a long and wonderful life are extremely low.

It is because of the pathetic state of black existence that white people feel morally compelled to take care of blacks. We feed them, cloth them, and give them housing so we won’t have to watch the buzzards eat their carcasses in the streets. Blacks live in a world far more advanced than they can maintain, and they accomplish this only through the good will of other races that wish to avoid feeling responsible for the abject poverty that naturally follows blacks wherever they are found. It is a strange paradox that blacks only succeed as race in a modern world because they are a failure as a race. If they cease being victims, whites will be reluctant to carry them and Darwin will remove them from the gene pool. They realize that their survival depends on maintaining their role as victims, and they proudly ook and eek over any symbol that draws attention to this quality.

A secondary benefit to blacks of embracing the role of victim is the psychological benefit of being able to blame others for their failure rather than take responsibility themselves.

If anything, the very existence of these racist fools demonstrates the need for an African-American History Museum in the first place.