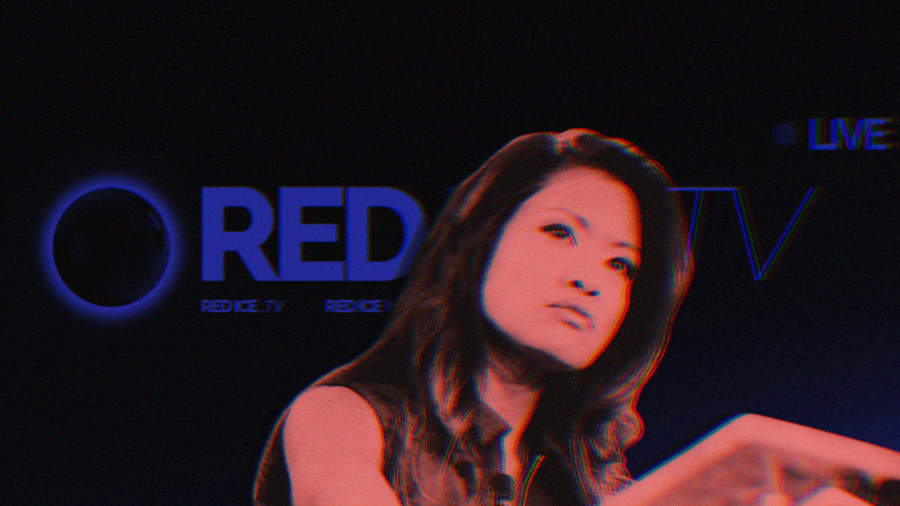 Yesterday Malkin, who in February gave a speech at the inaugural America First Political Action Conference, took things to an awful new low by appearing on Red Ice, a white supremacist media outlet.

Red Ice was founded by white nationalist Henrik Palmgren and is now operated by himself and his wife, Lana Lokteff. One of its programs, Radio 3Fourteen, is hosted by Lokteff. Guests have included Greg Johnson of Counter-Currents, Holocaust-denier Carolyn Yeager, and Mike “Enoch” Peinovich of The Daily Shoah.

Lokteff has repeatedly promoted the myth of “white genocide” and called depictions of interracial relationships “more devious than blatant in-your-face mass murdering.” She has also called for the creation of a “white ethnostate” and bragged (ahistorically) that women “got Hitler elected.”

“Now, demographics, when people say that a lot of people on the Left, they say, ‘Oh well you just — that’s code for [how] you want America to be white,'” Lokteff told Malkin. “And I say, ‘Well what’s wrong with having a white majority if it was founded as a European country? Why is that such a racist, dirty, awful thing?'”

Lokteff complained that “every other country in the world” had racial majorities: “China is Chinese, Israel is Jewish, and so on. I can go on through all the different countries that are ‘ethno-nationalist’ if you will.” She asked Malkin how she would respond “as a Filipino” to the accusation that they “just want America to be white.”

Malkin said she only identified as an “American” and called the U.S. her home. But she also threw red meat to Lokteff’s white supremacist audience, attacking “open borders neocons,” the “so-called phenomenon of assimilation,” and an educational system which “indoctrinat[es]” children in “anti-white hatred and white privilege doctrine.”

“Instead [of assimilation] what you get is this multicultural rot, white guilt, which is plied every single day in every cultural Marxist, leftist institution,” Malkin said.

With respect to America’s changing demographics, Malkin’s rhetoric was virtually indistinguishable from that of white nationalists. “There’s nothing wrong with — and I don’t apologize as somebody who has non-white skin for defending the idea that America should maintain its historic demographic balance,” she told Lokteff.

By “historic demographic balance,” Malkin means a white majority. And although she didn’t explicitly endorse this idea, she added that we need to “rethink everything that we’ve done since 1965” when America ended its practice of imposing national origins quotas on immigration.

The Immigration and Naturalization Act of 1965, colloquially referred to as the Hart-Celler Act, is universally despised by white nationalists for creating an influx of non-white immigrants.

Malkin also linked the current novel coronavirus pandemic to immigrants, and compared America to a patient with a terminal disease.

“[I]f people don’t like what we’re living under now, with this kind of self-quarantine, and they can’t connect the dots between this public health catastrophe that we have now, and the open borders policy that both parties have imposed upon us over the last 30 years, then — there’s a reason why … I call the stage of America we’re at ‘end stage America,'” she said.