Having already written two articles on various men’s rights activists and anti-feminists appearing on a white supremacist podcast, I originally was going to pass on Ethan Ralph’s appearance on Radio 4Fourteen. However, in light of the Gamergate cheerleader’s recent arrest for allegedly assaulting a police officer, I had a rare change of heart.

For those of you who weren’t paying attention in 2014, Gamergate was a loose online collective of misogynists and other malcontents who, angered over feminism and supposedly anti-gamer articles like Dan Golding’s “The End of Gamers,” made it a point to torment their enemies with death and rape threats, among other things.

Ethan Ralph, of the website Ralph Retort, is a longtime proponent of Gamergate — a misogynistic movement with roots in chan culture. Ralph himself has been involved in the doxxing of Gamergate critics and the outing of LGBT people, as documented by Brianna Wu. He’s also increasingly unconcerned with displaying his racism and allegiance to the alt-right online. 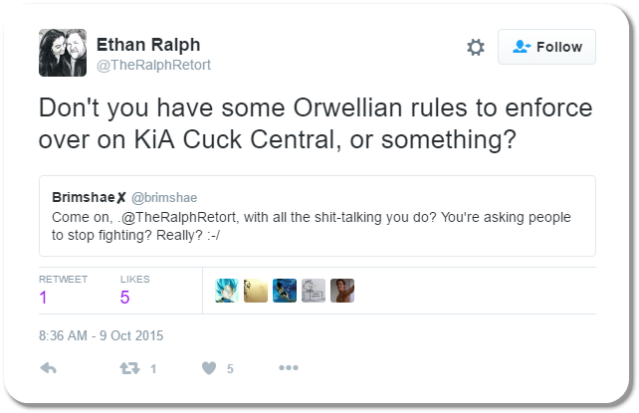 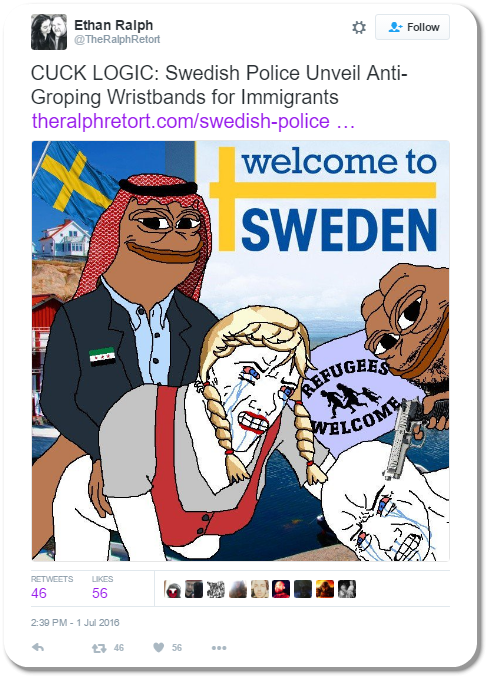 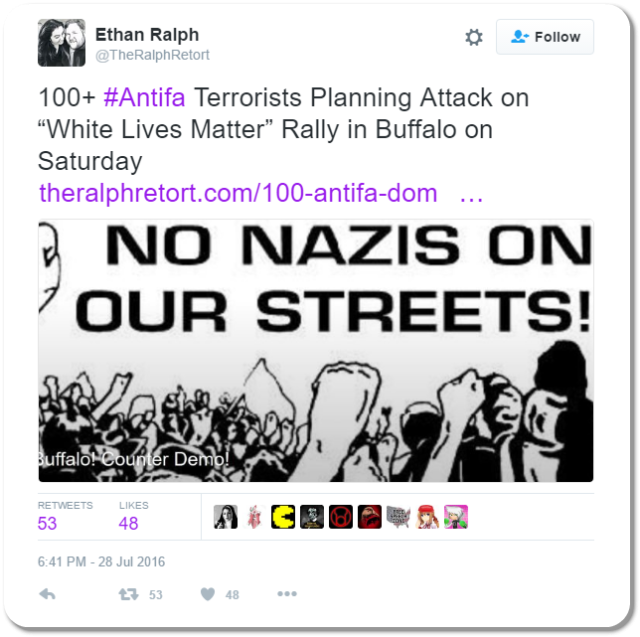 So the fact that he would praise the alt-right in an interview with a white nationalist should raise few eyebrows. In an episode of Radio 3Fourteen dated September 1, 2016, Ralph discussed Gamergate and the alt-right — two reactionary movements that often go hand-in-hand. As Ralph explained, the critical issue for him this election season is immigration, because “we can’t take in…unlimited amounts of people. It’s puttin’ stress on our social safety nets, it’s puttin’ stress on our infrastructure.”

“It’s not that, you know, people hate immigrants or hate Mexicans or what have you,” he explained, “it’s that we’re takin’ in too many and they’re not assimilating into society, they’re off the books in a lot of cases.”

“Well if you turn the tables, you know, if this sort of suicidal immigration that’s basically making the population that’s there a minority in a matter of a generation, if this was happening in any other country it would be an outrage,” said Radio 3Fourteen host Lana Lokteff. Ralph agreed with the caveat that people “have a problem when it’s…a white country” imposing immigration restrictions.

Lokteff asked Ralph for his thoughts on the racist and conspiratorial alt-right movement. Ralph replied in glowing terms that the alt-right is “very Internet savvy” and made up of many young people. He predicted that, no matter what happens in the election, the alt-right will continue to flourish. After complimenting the movement’s staying power, he praised it for “altering the conversation.”

“It’s really incredible how the alt-right is altering the conversation and bringin’ up issues that previously wouldn’t have been talked about,” he gushed.

Then, on September 5th, the website Gamertics revealed that Ralph had been arrested on August 27th for, among other things, assaulting a police officer. According to the crime report,

[Loudoun County Sheriff’s Office] responded to this location for a report of an intoxicated male sleeping in the lobby. Deputies attempted to wake up the male who in turn assaulted a deputy. The subject was identified as Ethan O. Ralph, 30, of Richmond, VA. Ralph was arrested and charged with obstruction of justice and (2) counts of assault on law enforcement. He is currently being held at the Loudoun County Adult Detention Center without bond. C015472

This of course is the person who made a living off of smearing other people as “unethical” and accusing Black Lives Matter activists of being violent, racist “thugs” who attack police officers. My only hope, after drinking in the schadenfreude, is that Ralph receives a fitting punishment and, just maybe, begins to develop an accurate perception of himself.