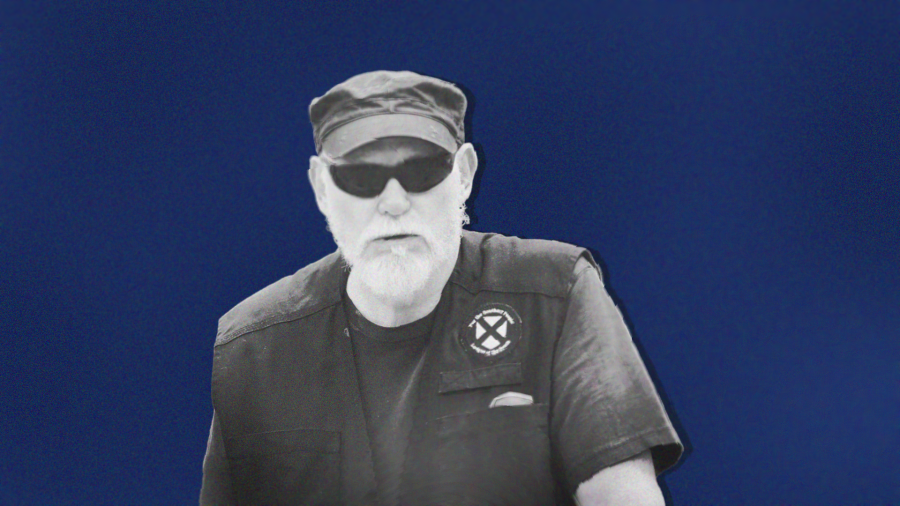 During the 79th episode of Augustus Invictus’ podcast Guerilla Radio, League of the South president Michael Hill predicted that an armed confrontation between white nationalists and their enemies — including the federal government — is now an inevitability.

In doing so Hill echoed the violent rhetoric of the accelerationist wing of the white supremacist movement, claiming that there was no longer a “political solution” to prevent white people from becoming a minority.

During the show, which aired December 11, 2019, Michael Hill lamented the fall of segregation and, as a result, the end of the south being what he called “White Man’s Land.” He also claimed that many of the problems white people face are the result of African-Americans voting.

“I mean I’ve always been plain-spoken, I’ve always tried to simplify things [and] make them fundamental,” Hill told Invictus, “but the reason that we have Selma, and Birmingham, and Memphis, and Atlanta, and all the crime-infested cities in the south — and that’s not to mention the rest of the country — is because Negroes got the vote. Period.”

Invictus then asked Hill what the south would look like if the League of the South were to get its way. “Well first of all it would be White Man’s Land again,” Hill replied. “I would like to see the franchise restricted to people who could pass some sort of meaningful — not only literacy test, but a test, maybe a citizenship test you might call it.”

The pair then moved on to what could be done in the future to prevent white people from becoming a minority in places like the United States. Neither Invictus nor Hill believed voting is a viable solution, and appeared to believe that violence is an inevitability they should be preparing for.

Hill explained that “there becomes a point where political violence is justified,” and that this will happen when nonwhites outvote white Americans. While Hill dismissed democracy as a system he “deplore[s],” he asked what white people should do if  they lose at the polls “51 to 49 percent” and the majority “take[s] away everything that you have.”

“Are you, as a free man, required to sit by and let everything go?” Hill asked.

“Or do you have a moral, and a legitimate, right and duty to stand up and say ‘Enough. We will fight you to the death to defend these things that we have as free men’ — not only our property, our family, and our blood and soil, all that, all the things that make life worth living.” Hill said that they should choose to fight.

“I don’t think there is a political solution,” Hill replied, because “whites are being demonized” and will “become a minority” if “current demographic trends and birthrate trends continue.” He added that not even President Trump, for all his support from white nationalists who dubbed him the “great white hope,” was able to secure the border.

In a 2016 episode of Stormfront Radio, white supremacist co-hosts Don Black and Freeland Roy Dunscombe envisioned a border wall with hotels and restaurants, and maybe even an observation deck. White supremacist and failed presidential candidate Pat Buchanan dubbed Donald Trump the “Great White Hope” in a 2016 article for the white nationalist website VDARE.

Needless to say, many die-hard racists have soured on President Trump for not being draconian enough in his treatment of nonwhite immigrants — both documented and undocumented — and for supporting Israel. Michael Hill insisted that Trump’s merchandise should read “MIGA” — “Make Israel Great Again” — instead.

Unfortunately many white nationalists have reacted to this disappointment by swapping ballots for bullets.