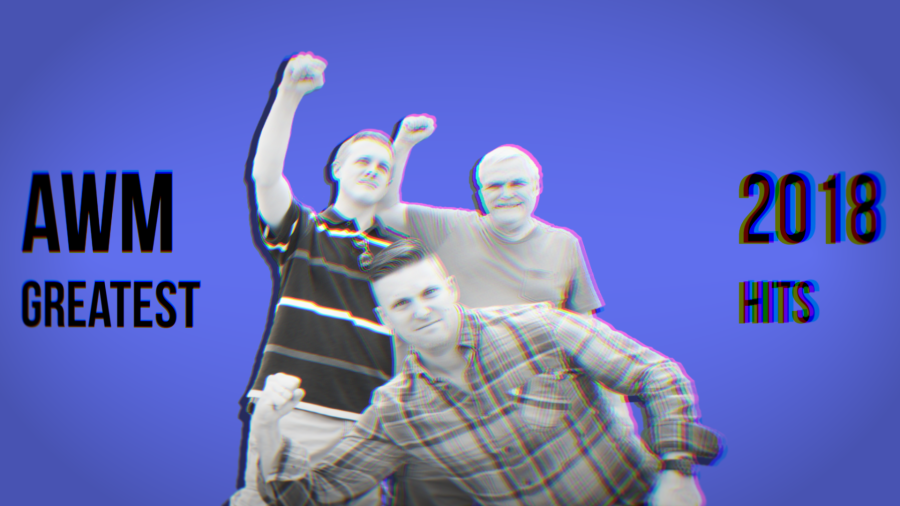 Here at Angry White Men I do a lot of work exposing white nationalists, Neo-Nazis, Neo-Confederates, incels, fascists and other assorted miscreants. In 2018 we saw the “alt-right” begin to collapse in on itself amid infighting, lawsuits, and President Trump’s continuing failure to enact the kinds of policies alt-righters voted for in 2016.

We also saw a rise in threats against journalists and anti-fascists, as well as white supremacist violence in Parkland, FL, Tallahasee, and Pittsburgh. While the alt-right as a brand may be dying, the white power movement both in America and globally is very much alive. With that in mind, here are the top ten Angry White Men posts from 2018 in order of popularity:

1) Alt-Right Educator Tiana Dalichov Boasts About Infiltrating Public Schools
In February, Tiana Dalichov had white nationalist Lana Lokteff of Red Ice on her podcast Unapologetic. During the show Dalichov claimed she was a middle school teacher and a Red Ice fan, and implied she was sneaking her racist beliefs into the classroom. With the help of journalists at HuffPost, Dalichov was identified as Diana Volitich, a social studies teacher at Crystal River Middle School. An investigation was opened and, after initially claiming her remarks were “satire,” Volitich resigned in April.

2) Meet The Stormer: Here Are The People Who Keep The World’s Most Popular White Power Website Afloat
In an exhaustive look at the most popular white supremacist website, I detailed the history of The Daily Stormer and its key players including Andrew Anglin, Andrew “weev” Auernheimer, Gabriel Sohier-Chaput, Eric Striker, and Emily Youcis.

3) The Alt-Right Is Furious Over James Fields’ Murder Conviction
In December 2018, James Alex Fields, Jr. was found guilty of the 2017 murder of anti-racist activist Heather Heyer. Fields drove his car into Heyer and scores of other counter-protesters at “Unite the Right,” but was viewed wrongly as a political prisoner by white supremacists. After the verdict, many of them snapped at what they perceived as a miscarriage of justice.

4) Lauren Southern And Stefan Molyneux Stir Up Racist Fears Over ‘Genocide’ In South Africa
In an article that drew widespread condemnation from the alt-lite and alt-right fascists alike, I continued my exposé of the myth of “white genocide” in South Africa. This included examining an interview between white nationalists Stefan Molyneux and Lauren Southern, who announced she would be making a “documentary” on the subject.

5) After The Death Of A White Nationalist, The Alt-Right Vows Revenge On Journalists
One form of blowback from “Unite the Right” was the number of racist marchers who were identified and fired from their jobs. Anti-fascists and journalists had been working diligently to make hate pay, but when one racist protester allegedly took his own life, the alt-right swore vengeance on them. White supremacists like Bryden Proctor, Spicci, Matt Colligan, and Billy Roper encouraged a terror campaign against journalists, suggesting they and their families be doxed.

6) Neo-Nazi Video Game Encourages Players To Murder Journalists, LGBTQ People, And Racial Minorities
In late 2018, Neo-Nazis made and promoted a new video game — Angry Goy II — which allowed people to play as white nationalist figures and slaughter African-Americans, LGBTQ people, Jews, and journalists. The game was heavily promoted by Christopher Cantwell, who infamously took exception to my reporting on it.

7) Gab Has An Anti-Semitic Meltdown After Microsoft Threatens To Stop Hosting It
Andrew Torba learned the hard way that people don’t like doing business with a website that routinely hosts white supremacist rants. His website, a Twitter knock-off called Gab, had been informed by Microsoft that it had to delete to extraordinarily violent posts or it would no longer host the alt-right social media platform. In response, Torba threw a racist fit.

8) In The Past Month, Ann Coulter Has Retweeted White Nationalists Dozens Of Times
Author and political pundit Ann Coulter has been repugnant for many years. Her 2015 book, ¡Adios, America!: The Left’s Plan to Turn Our Country Into a Third World Hellhole, was said to have inspired Donald Trump’s racist presidential platform. But on Twitter Coulter has routinely boosted white supremacist and Neo-Nazi content to her millions of die-hard fans — over 50 times in one 30-day period.

9) White Nationalist Byron De La Vandal Gets Doxed For Hitler’s Birthday
Anti-fascists ruined the holiest of holy days for white supremacists — “Uncle” Adolf Hitler’s birthday — by unmasking alt-right singer Byron de la Vandal as Evan James McCarty, an amateur actor in his early 20s. McCarty had taken part in one of The Daily Stormer’s harassment campaigns against a black college student who later sued him. He was forced to make a public apology, among other things.

10) ‘I Don’t Care If Your Kid Dies At School’: The Alt-Right Attacks Parkland Shooting Survivors
In February, after a racist mass shooter gunned down 17 students in a massacre at Marjory Stoneman Douglas High School, alt-right trolls did what they usually do: harassed the survivors and spread defamatory conspiracies. Students who went on to call for gun control were mocked as crisis actors who were exploiting their classmates’ deaths by white supremacists who, in the end, cared very little about the dead.