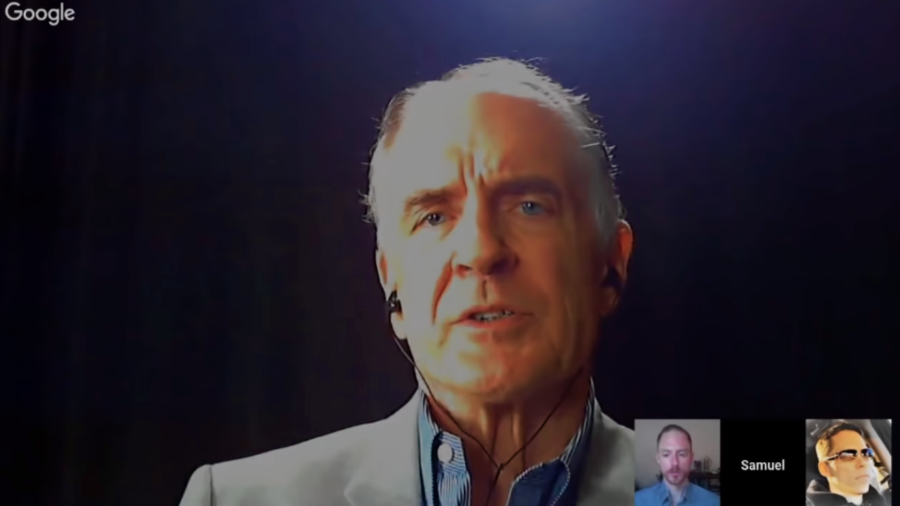 In a July 25, 2018 livestream hosted by white nationalists No White Guilt and Jared Of The Great Order, American Renaissance founder Jared Taylor was openly fretting about what will happen once white people become a minority in the United States. Taylor said it was “very clear” that “what’s happening in Zimbabwe” and South Africa “is a sign of what” white people could face in the future.

Fearmongering over Zimbabwe and South Africa — once bastions of white rule — has long been popular among white nationalists. They believe that, if whites are outnumbered by blacks and Latinos, they will be the victims of state-sponsored persecution. (In other words, the way black and Latino people have been and still are treated today.)

“It will not simply be a matter of numerical diminution,” Taylor said. “Even while we are the majority, we live in a country in which there are racial preferences that are exercised at our expense. While we’re still a majority.”

While he added that when whites become a minority they will not be “rapidly” “singled out for persecution or expulsion” because, he said, “the majority will not be overwhelmingly black.” Taylor said he wouldn’t expect “Hispanics to react with quite the concerted viciousness as Africans do.”

“Still, it’s not at all difficult for me to imagine laws that are passed that penalize us strictly on the basis of race,” he continued. For example, Taylor is worried that, someday, a racial quota will be imposed on academic admissions and corporate boards, along with a “white privilege tax.” He even hypothesized that a majority non-white Congress might slash the Social Security benefits of “old white people.”

“If we are in a situation in which we’re counting on an increasingly Hispanic and black working population to pay for our Social Security, do you think they’re going to happily send a big chunk of their paycheck off to these old racist white people who no doubt became rich through white privilege, through no effort of their own?” he asked rhetorically.