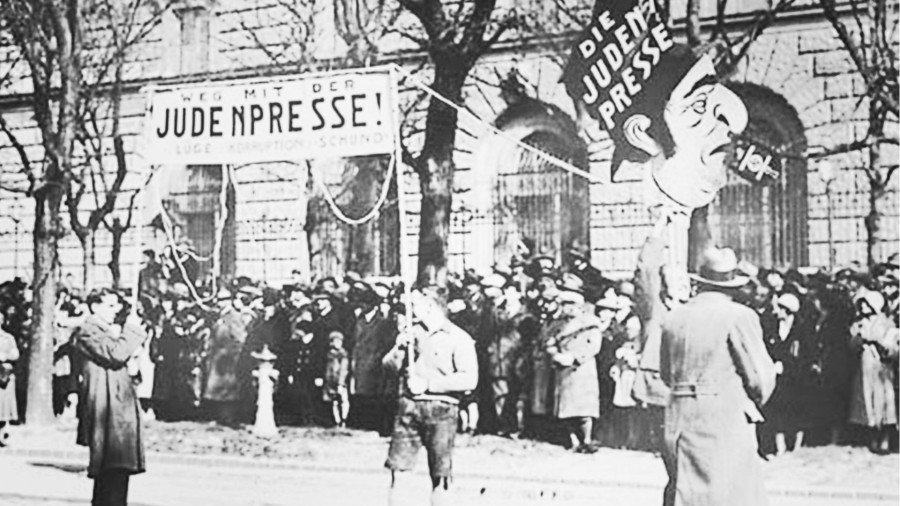 On the eighth episode of The Infostormer, host Lee Rogers claimed his beloved Star Wars series had been ruined by — who else? — the Jews. Rogers originally founded The Daily Slave, but changed its name to Infostormer in order to make it a companion website to Andrew Anglin’s Daily Stormer — for which Rogers occasionally writes.

In fact, some of what Rogers says on his podcast was mentioned in a December 21, 2017 Stormer article titled “The Jews Have Killed the Star Wars Franchise.” It was in that article that Rogers first complained that “Jew-run Disney” purchased LucasFilm, and that “Jew J.J. Abrams” inserted “all sorts of multiculturalism and social justice warrior narratives” into Star Wars: The Force Awakens.

Although he said during the podcast that he hadn’t yet seen the latest movie — The Last Jedi — he was relying on “other people’s feedback” and the “general fact that the Jews at Disney purchased LucasFilm.” He called the Star Wars films released by Disney “absolute garbage.” And of The Force Awakens he again complained that it “shoved all sorts of multiculturalism and diversity garbage.”

“You had that black Stormtrooper character who I find to be one of the most unappealing characters imaginable,” Rogers complained. “I mean the guy playing the role of this character, he can’t act worth a shit. It’s just insane.” If what Rogers said sounds familiar, that’s because as soon as the trailer for The Force Awakens showed a black Stormtrooper — played by John Boyega — racists were complaining that the film was promoting “white genocide.” 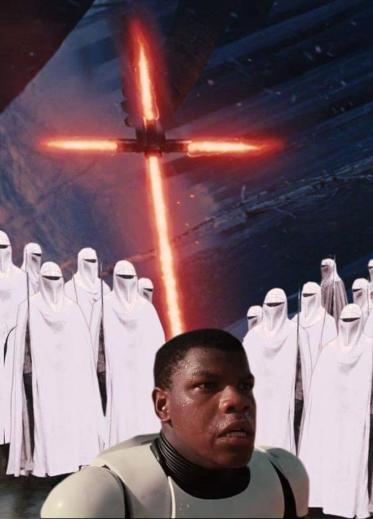 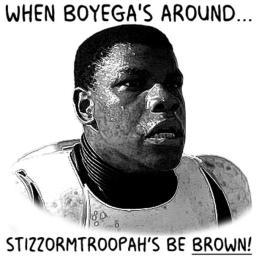 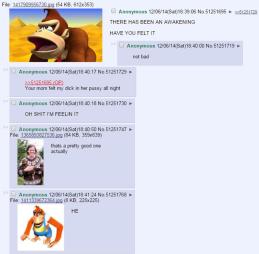 Calling the new films merely a “rehash” of the originals, Rogers added:

And also, just some of the stuff they’re doin’ to characters like Luke Skywalker, I mean it’s really just an all-out assault on these old characters that, really at the time, were cultural phenomenons. The whole Star Wars series, the original one, was a major cultural phenomenon. And what they’re doin’ with these new films is that they’re essentially destroying all of that and ruining that cultural phenomenon by just shitting out these horrible films for the sake of making money. And that’s really all it is. They’re just — they’re basically makin’ these horrible films, slapping the Star Wars brand on it and then they just expect people to go out and see it in droves because it has Star Wars in the title.

Personally I cannot imagine George Lucas ever being okay with this type of cheap exploitation of a beloved series. Rogers called this a “very disappointing situation,” but said that “Disney’s run by Jews” and “Jews have been heavily involved in the production of these films,” so they “shouldn’t be too surprised.”