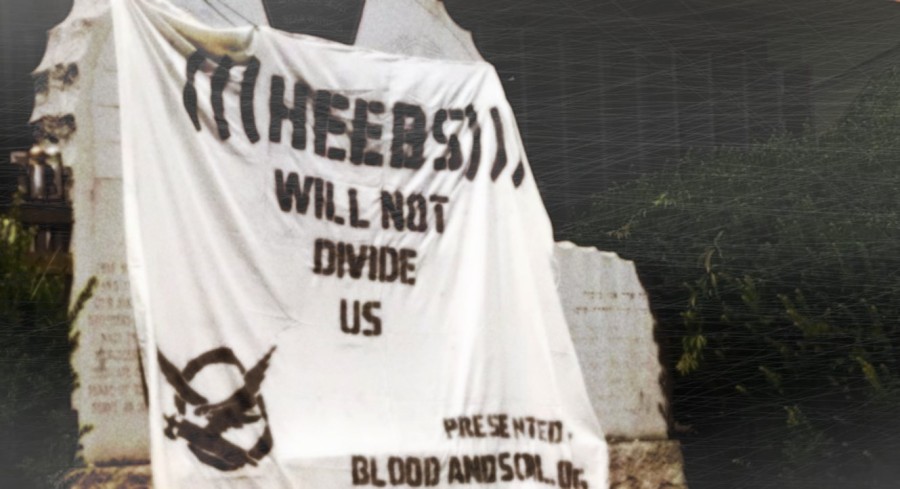 On the inaugural episode of Vanguard Radio, members of the Neo-Nazi group Vanguard America discussed the recent Antioch church shooting by Sudanese immigrant Emanuel K. Samson and contrasted it with the massacre at Charleston two years ago. The podcast is run by Daniel Kleve, a University of Nebraska-Lincoln student who operates the Twitter account @RacialTheocracy and goes by the alias Mayor Goebbels.

The rest of the co-hosts go by the pseudonyms Mister, Irons, and Mr. Gustav, none of whom introduced themselves individually.

Kleve brought up the shooting that left one dead and seven injured at Tennessee’s Burnette Chapel Church of  Christ as proof of the supposed double standard of black versus white shooters. One of his co-hosts chimed in, asking “So, what do you think his IQ is? Do you think it’s 50? Because you would be correct.” Kleve wasn’t so sure, calling Samson “pretty intelligent.”

“And you know, you compare that to Dylann Roof,” he continued, “Dylann Roof is a very similar situation.” “St. Dylann Roof,” one of his colleagues chided. Kleve corrected himself. “Yeah, excuse me, St. Dylann Roof. Sorry. Excuse me for my heresy. And he essentially did almost the same thing, except maybe was a little bit more successful. And the media just lost it.”

The same Vanguard America member who was preoccupied with Emanuel Samson’s IQ claimed that the killer “was a Young Turks fan” — a meaningless bit of information — because “every one of these fucking Negroid shooters is like a Young Turks fan.” And he chastised the media for insufficiently covering the shooting and instead discussing “antiquated farm equipment kneeling to be paid millions of dollars” in front of our “sacred flag.”

Listen to it here: