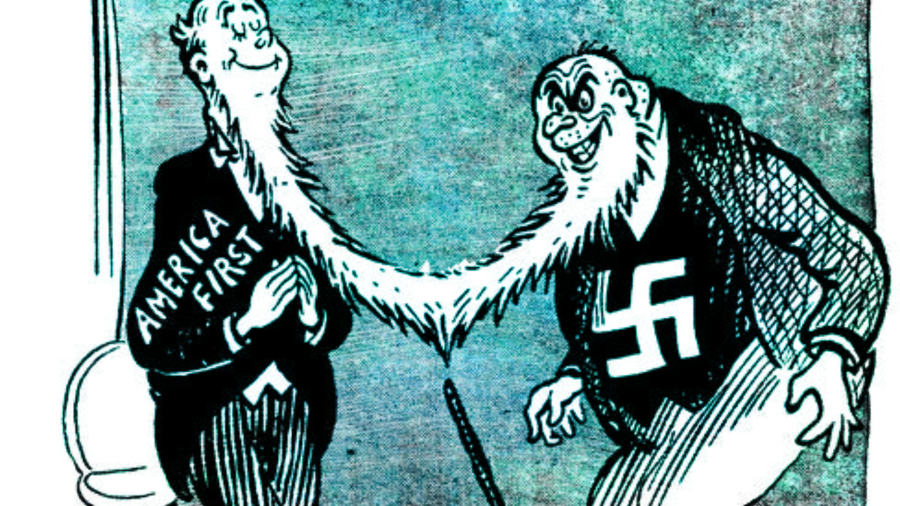 Last week white nationalist sympathizer and congressional candidate Paul Nehlen made an appearance on Brittany Pettibone’s Virtue of the West in order to gin up support for his efforts to unseat Rep. Paul Ryan. Nehlen, who’s made appearances on The Right Stuff’s Fash the Nation and InfoWars’ Real News, continued to flog his anti-immigrant and anti-Black Lives Matter agenda.

Pettibone accused antifa activists of being “bused in” and “paid” to protest white supremacist rallies and other far-right gatherings. “Obviously you mention that you believe that antifa is a domestic terrorist organization. Do you believe that it’s possible to get antifa actually — their group defined as a domestic terrorist organization or do you think this is a futile objective?” she asked.

Nehlen answered that he would indeed push to have antifa labeled a “domestic terrorist” group alongside Black Lives Matter and the Muslim Brotherhood. “Above all, above every other group, getting the Muslim Brotherhood declared a terrorist organization — that is the penultimate goal,” Nehlen said. “If we can do that, we can roll back 60 years of their work in the United States.”

Pettibone asked Nehlen about the “main things” he would like to accomplish if elected to Congress. Nehlen replied that his platform is one of “economic nationalism,” with a focus on American jobs and cracking down on undocumented immigrants. Reiterating his support for a border wall he said, “You know, you can’t effectively deport somebody from this country without a means to keep them out of this country.”

And after hyping crimes committed by undocumented immigrants — and smearing DREAMers as murderers — Nehlen boasted that he is helping “America First” candidates just like him run for office. “So I’m supporting candidates around the country who have that same mindset, whether it’s Kelli Ward in Arizona, or Corey Stewart in Virginia runnin’ against Tim Kaine, whether it’s Omar [Navarro] runnin’ against Maxine Waters,” he said.

And, he added that his support wasn’t limited to these high-profile extremist candidates either. Nehlen claimed that there are “other candidates that I know of right now who haven’t announced, who are going to be running as ‘America First’ candidates,” and that he’s been traveling across the country offering these undeclared candidates advice and assistance to take back Congress from “RINOs” — or “Republicans In Name Only.”