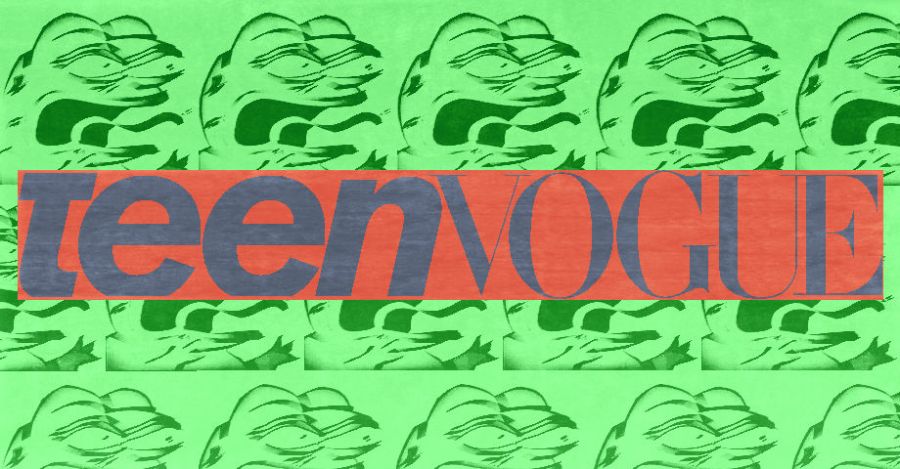 It’s become quite apparent by now that the alt-right and alt-lite crowds — and yes, there is a substantial overlap between them — see pedophiles around every corner. Indeed, from pizza parlors to Democratic Party fundraisers to Hollywood, they believe there is no shortage of secret, underground child trafficking rings bent on grooming and abusing kids.

And several days ago this shrieking online mob found a new target to baselessly accuse of promoting pedophilia: the popular magazine Teen Vogue. It seems that the magazine published two articles that attracted the ire of fringe conspiracy theorists and white supremacists. The first discussed the concept of consent, while the second was an article promoting safe sex.

On May 18, 2017 Teen Vogue ran an article called “Video Shows Toddlers Understand Consent,” written by Brittney McNamara. The article discussed a video by Lindsay Amer which breaks down exactly how simple consent really is.

Speaking of consent more broadly than in just a sexual context, Amer showed that even toddlers understand consent — for example when they consent to sharing their toys with other kids. As Amer herself says in the video, consent “is about consenting or giving permission to someone for something,” and “you should always respect when someone else says no.”

The point of the video, McNamara wrote, is that “if toddlers can understand [consent], so can the rest of us.”

But that message was lost on the conspiracy theorists of Reddit’s r/conspiracy community, who seemingly went out of their way to misconstrue it as somehow claiming toddlers can consent to having sex.

This is normalization. Social engineering. Teen Vogue is not advocating pedophilia in this article, but it’s not hard to see what the agenda is. Look at what is happening throughout the media right now. The people running these companies understand what they’re doing.

Pedophiles are hiding behind liberalism lately, and it’s not even about liberalism per so. It’s about the idea that freedom has no moral bounds. That anything can be justified. ‘Do what thou wilt…’

And since McNamara linked to another Teen Vogue article called “If You’ve Ever Ordered Pizza, Then You Already Understand What Consent Is,” the usual suspects came out of the woodwork to reference the widely debunked Pizzagate myth.

One commenter suggested contacting Comet Ping Pong owner James Alefantis for an “expert opinion.” Another wrote, “They had to throw a pizza reference in there somehow.”

On the same day the Reddit thread was posted the Twitter account of 4chan’s /pol/ tweeted “Teen Vogue thinks that even toddlers can understand what sexual consent means. This is part of a steady push towards normalizing pedophilia.” The message was retweeted over 2,600 times and received nearly 3,600 “likes.”

Teen Vogue thinks that even toddlers can understand what sexual consent means.
This is part of a steady push towards normalizing pedophilia. pic.twitter.com/JXxgfrPvJV

The hysteria spread to another alt-right hub, Reddit’s r/The_Donald, which has conducted fawning “ask me anything” interviews (AMAs) with the likes of Chuck Johnson, Corey Stewart, and Kyle “Based Stick Man” Chapman.

“That’s their strategy for making pedophilia ‘okay’…to maintain that children are able to give their consent,” wrote lurking4trump. “Next, parents will have no say in the matter because their child ‘consented’ to letting some nasty person molest them.”

Some posted menacing calls to violence. Typical comments included “Violence is always acceptable if it is necessary to protect the lives and well-being of your children,” “SHOOT THE PEDOS. ANY FOUND GUILTY OF PEDOPHILIA SHOULD FACE A FIRING SQUAD ARMED WITH GAU8 30MM ROTARY CANNONS LOADED WITH HIGH EXPLOSIVE AMMO,” and “BURN DOWN TEEN VOGUE!”

On Twitter, right-wing crackpot Liz Crokin fanned the flames by accusing McNamara of “promoting pedophilia” and capping off her remark with a pizza slice emoji — a signal to her deranged, Pizzagate-believing followers that this would be their next target:

Hey @brittneymac15 why did you write an article promoting pedophilia in Teen Vogue? 🍕 pic.twitter.com/b9qDmggwoH

The pedophilia normalizers at @TeenVogue want to assure you that toddlers understand consent. This is what the left has become. Sick! pic.twitter.com/Kwai8FHjMv

@TeenVogue this is selling pornography and pedophilia to underage teens. @TheJusticeDept and @FBI need to look into this. https://t.co/GG7tU7Qs6H

The Talmud requires the decriminalization of pedophilia.
(((Media and show-biz))) do everything to convince public opinion pic.twitter.com/Fj76kcWS7T

Naturally, the Stormer crowd placed the blame for this article on the Jews, like General_Pinochet, who stated that the consent article “makes (((NAMBLA))) look like the Rotary Club,” Arminius_Faschismus, who claimed that pedophilia “will be (((their))) undoing,” and Hilljack14 who posted this image: 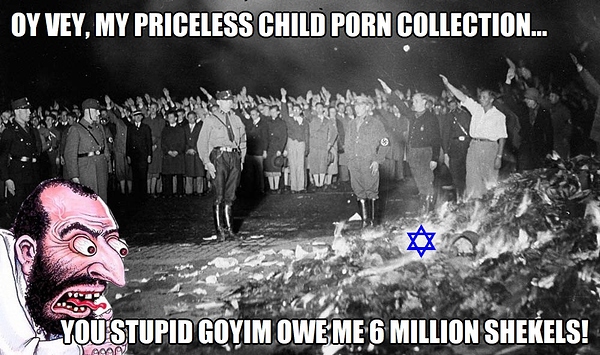 What makes matters worse is that The Daily Stormer is infamous for its anti-Semitic harassment campaigns. These campaigns, known as “troll storms,” are carried out by the website’s readership against Jewish politicians and journalists, as well as other enemies of the site’s founder Andrew Anglin.

As with last year’s Pizzagate fiasco, misinformation has morphed into a conspiracy which could translate into very real and very violent consequences. Remember, it was a series of unsubstantiated rumors about child trafficking, hyped by the alt-right and conspiracy theorists, that motivated a young man to fire an assault weapon in a D.C. pizza parlor in December.

And this very same clickbaity disregard for the truth coupled with right-wing histrionics, if not stopped now, might have the exact same effect in this case.