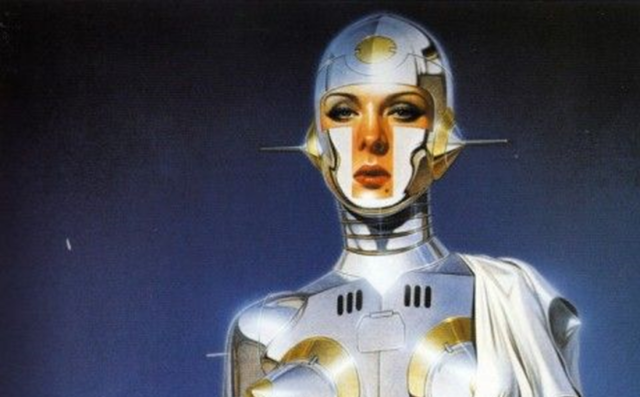 On the May 6, 2017 episode of the Third Rail podcast, Mike Peinovich made a guest appearance to discuss the increasing popularity of sexbots among dateless men. The idea that men will start avoiding actual women in favor of having sex with creepy, lifeless dolls has been embraced by anti-feminists and other misogynists for some time now.

Former Breitbart Tech editor Milo Yiannopoulos wrote in a 2015 article that, “For many men, sex is a nice bonus, but it’s not essential. When you introduce a low-cost alternative to women that comes without all the nagging, insecurity and expense, frankly men are going to leap in headfirst.” Racist pickup artist James Weidmann echoed this sentiment, claiming that a “typical American fatty with attitude to spare” would have “no chance against a sexbot with a pretty face, a slender BMI, and a perfect hourglass shape.”

Mike Peinovich appeared to agree with that sentiment, stating that sexbots will be particularly popular with certain Asian and white men who are “awkward” and don’t want to go through the “humiliation” of “trying to court a real woman.”

He began reciting what he called “basic manosphere” talking points about how there’s a market for sexbots because attractive women are exclusively sleeping with attractive men, while “lower quality guys” are having sex with, dating, and marrying “less attractive” women:

The other thing in terms of people not having sex as much anymore, I think that there’s certain people that are having a lot of sex. And then everyone else is not having very much. You know, we always talk about the 40/80 thing where 40% of men have sex and 80% of women do. And women’s liberation only increases that trend, because when women get to choose, they choose the alpha. And guys will have sex with the less attractive woman and they would date, and they’ll date a less attractive woman they would marry. This is all basic manosphere stuff. So you got, basically, this hypergamy where it’s going up, up. Women are getting sex, but they’re getting it with fewer — not as often but with better guys. And so then less — lower quality guys, that’s why there’s a market for these robots. It’s ’cause more schlubby guys, nerdy guys, awkward guys, they’re now gonna have an option for sex.

He went on to say that sexbots are “liberating” men from “having to pretend to be a male feminist,” which is why “feminists are freaking out” about men who have sex with robots. Personally, I haven’t seen much “freaking out” — mostly it’s just folks who are understandably creeped out by the idea of having sex with a dead-eyed hunk of plastic.

Third Rail co-host Lauritz Von Guildhausen claimed that the use of sexbots will “benefit us” since “the most populous race is going to buy these in droves, which will hopefully lead to them having less kids.” He said that “our movement” will be unaffected by them because any white nationalist who does will be ostracized. “Yeah, that’s immediate ejection from the movement,” Peinovich replied, in spite of the fact that he was not “ejected” from the movement for having a Jewish wife.

James Spectre chimed in, suggesting that these robots could be “weaponized” — in effect being mailed to African nations as a form of population control. “Why would you want to stop the great Malthusian gift that we’re about to received?” Von Guildhausen asked, eliciting laughter from the others. “I just don’t understand at this point. Do you want these people around? Because they’re about to be decimated, and then decimated some more.”

Reactionary Tree replied that they could be used in the U.S. instead. “We don’t have to send robot sex armies off to go defeat sub-Saharan Africans. We have enough demographic problems in our own neck of the woods and the great thing about the free market, goy, is that by lowering prices you can reach the greatest amount of consumers to get the largest numbers of profits.”

Peinovich disagreed, saying that “the way blacks operate sexually is just — it’s basically completely tribal and matriarchal at the same time.” He claimed that African-American men “have multiple partners” and women “have multiple children with multiple [partners].” Although, he opined, black men might “get these robots and just have sex with a white woman instead of multiple Shaniquas.”

Instead, Peinovich said these robots would mainly be used by Asian men who “already complain about how they don’t get women” because “white guys scoop up all their women” without much effort. Of having an Asian girlfriend Peinovich said “It’s almost like a sex robot unto itself, right? Kinda weird looking, not totally normal looking.” Hopefully the various white nationalist creeps who still fetishize Asian women (*cough* Matt Forney) won’t find out.