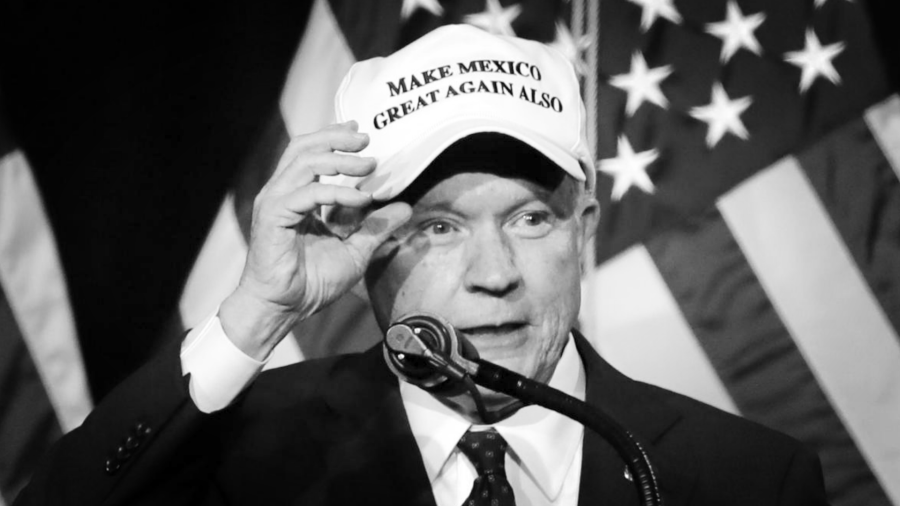 Last night, the Washington Post revealed that Attorney General Jeff Sessions met twice last year with Russia’s ambassador to the U.S. (and possible spy), Sergey Kislyak. This revelation expressly contradicts testimony that Sessions previously gave during his confirmation hearings, when he flat-out denied any contact between himself and the Russian government. In other words, the Attorney General probably perjured himself.

Sessions has agreed to recuse himself from any investigation into connections between the Trump Administration and Russia. Meanwhile, as of this posting, 135 Democratic lawmakers have called on Sessions to resign. In other words, for Sessions, this is a full-blown four-alarm fire, with the Attorney General quickly losing Republican support.

And for anyone who doesn’t believe these allegations are important, just know that Jeff Sessions himself considers the prospect of government officials committing perjury to be a very serious matter indeed. In a 1999 appearance on C-SPAN, Senator Sessions (R-AL) expressed his concern over this very issue, only then it concerned President Bill Clinton. Clinton’s perjury may have been in relation to an act of consensual sex with an adult intern, but as Sessions put it, “no one is above the law.”

Well, you know, people say “the Republicans, the Republicans.” People see things differently just because [of] what party you belong to. I am concerned about a President under oath being alleged to have committed perjury. I hope that he can rebut that and prove that did not happen. I hope he can show he did not commit obstruction of justice, and that he can complete his term.

But there are serious allegations that that occurred. And in America, and Supreme Court, and the American people believe no one is above the law. And the President has gotten himself into this fix that is very serious. I intend to give him an absolutely fair trial.

I will not consider the political ramifications of a Gore presidency or not. Certainly he is President Clinton’s hand-picked successor, and the man he supports to succeed him. So it wouldn’t be a major change in governmental policy if the President were to be removed. The Constitution provides for this procedure, and we have to go through it.

And I hope that people will basically kinda slow down and reduce the decibel level, I call it, and just allow the process to work, and all of us in the Senate to slow down and relax. Let the evidence be presented. Think through all the comments that you and others have made and vote our conscience. And maybe the American people, I hope, will respect that.