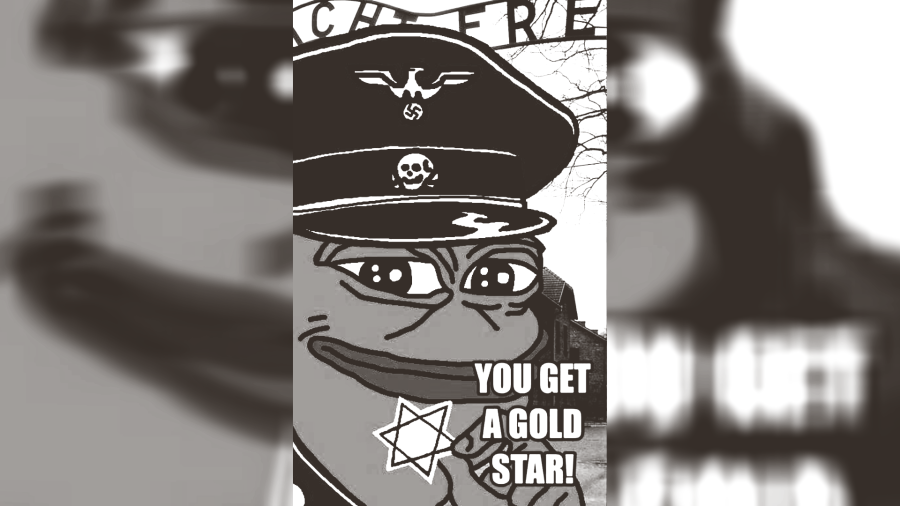 Since today marks Holocaust Remembrance Day, most people have spent their time reflecting on the lives lost in one of the worst atrocities in human history: the calculated extermination of millions of Jews, Roma, LGBT people, Jehovah’s Witnesses, the disabled, people of color, political dissidents, and other victims of the Nazi regime.

For the alt-right, whose ranks are comprised of white supremacists, anti-Semites, Neo-Nazis, and Holocaust deniers, it was a day to troll people on social media and spread disinformation. As it turns out, the folks who constantly whine about how every display of an interracial couple or immigrant-friendly policy is a harbinger of “white genocide” aren’t so sympathetic when it comes to actual genocide. Who would have guessed?

Most of the racists tweeting with the #holocaustremembrance and #HolocaustRemembranceDay hashtags were in the “denier” category, claiming the Nazi atrocities were exaggerated or a complete fabrication. Sometimes they used the mocking hashtag #Holohoax or some variant thereof: 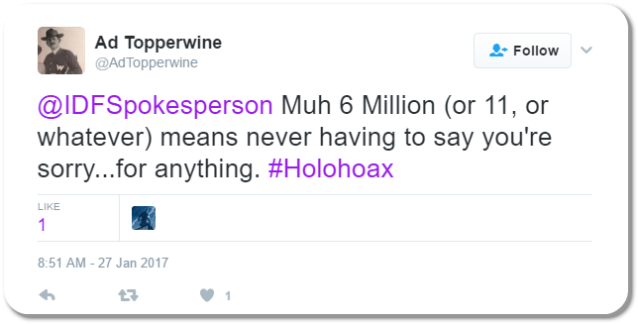 The real reason the alt-right repurposes the terrible political cartoons of Ben Garrison is because they’re even worse artists:

A fair number of them simply recycled that anti-Semitic “Happy Merchant” caricature from the 1990s: 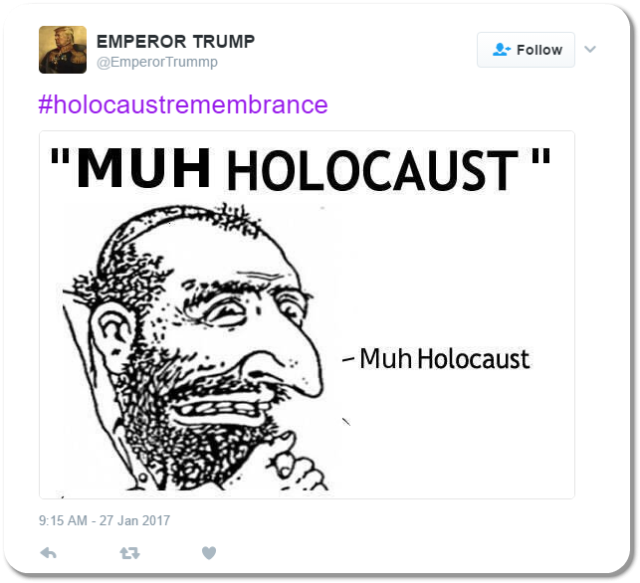 You really have to marvel at a troglodyte who hates Jews so much he finds time to do this:

Some on the alt-right used the occasion to fearmonger about Communists, Bolsheviks — especially Judeo-Bolsheviks — and complain that the Holodomor (or man-made famine that killed some 2.4-7.5 million people in the Ukrainian SSR) does not receive the same attention as the Holocaust. Though, much like the Armenian genocide that preceded it, the Holodomor is still only now gaining recognition as a genocide: 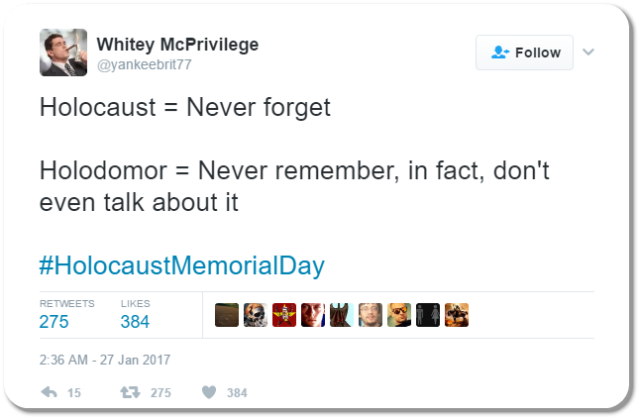 Dennis Wise, the Hitler-worshiping creator of the revisionist documentary Adolf Hitler: The Greatest Story Never Told, portrayed Germany as the victim of WWII: 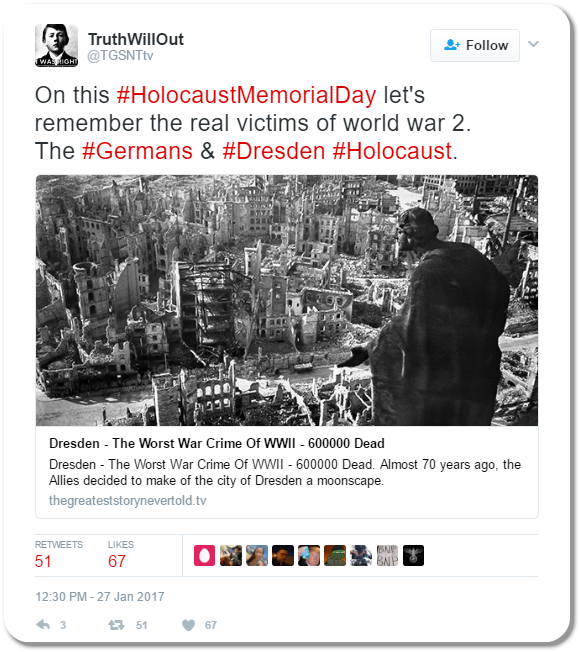 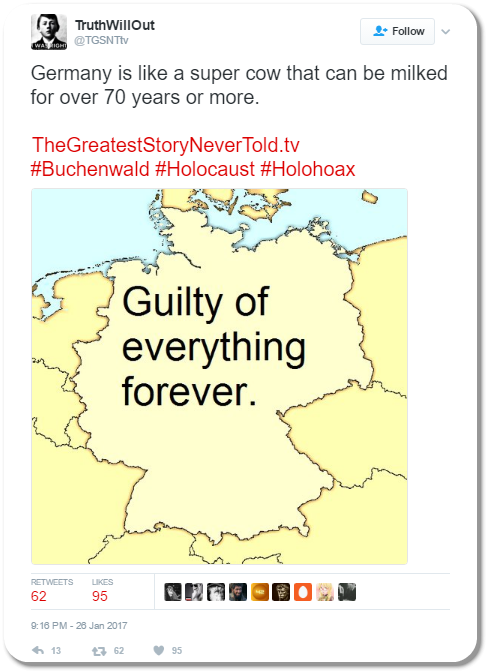 The rest, of course, just consisted of mocking this atrocity and its victims: 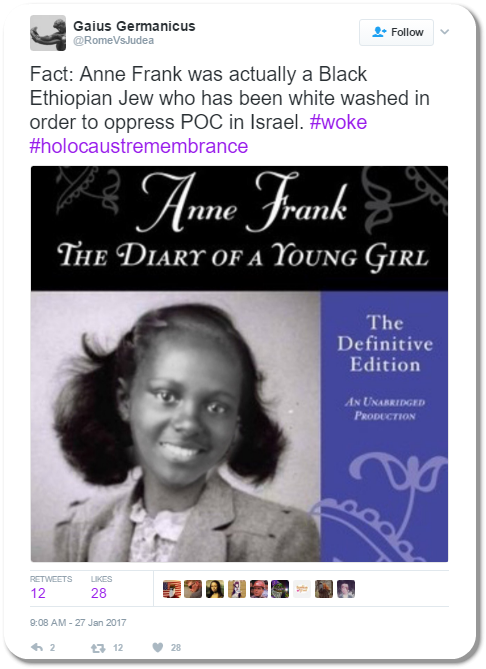 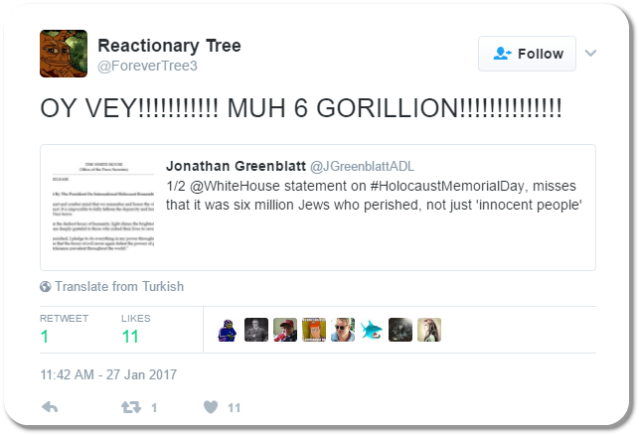 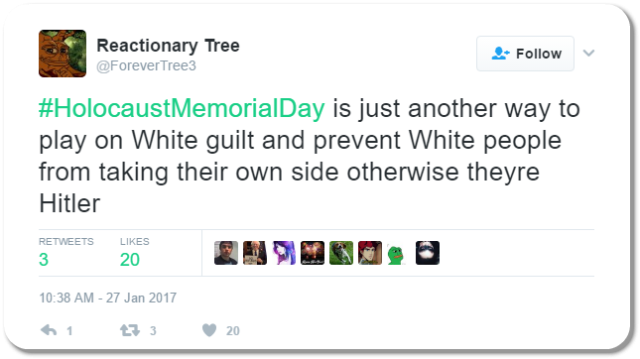 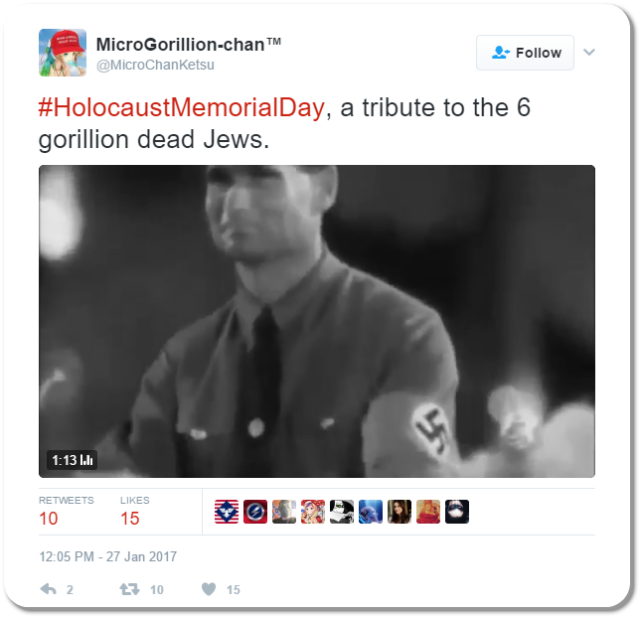 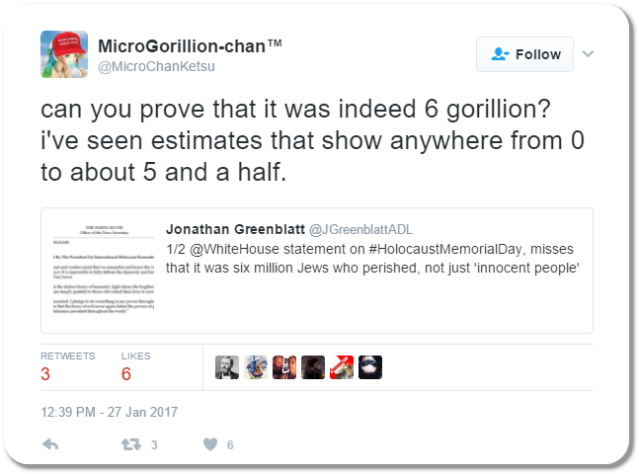 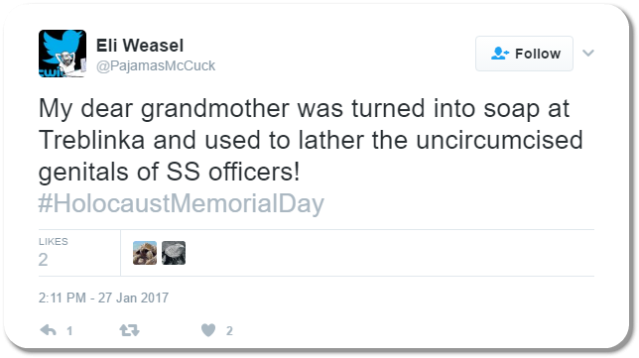 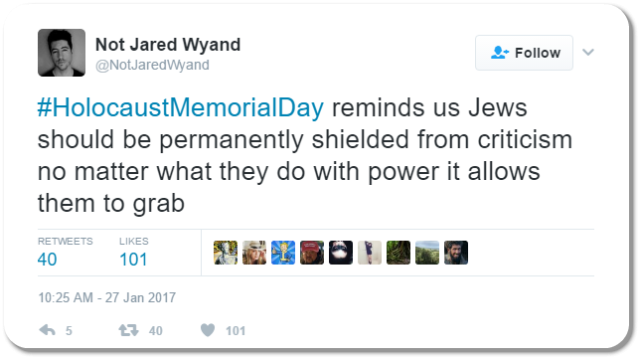