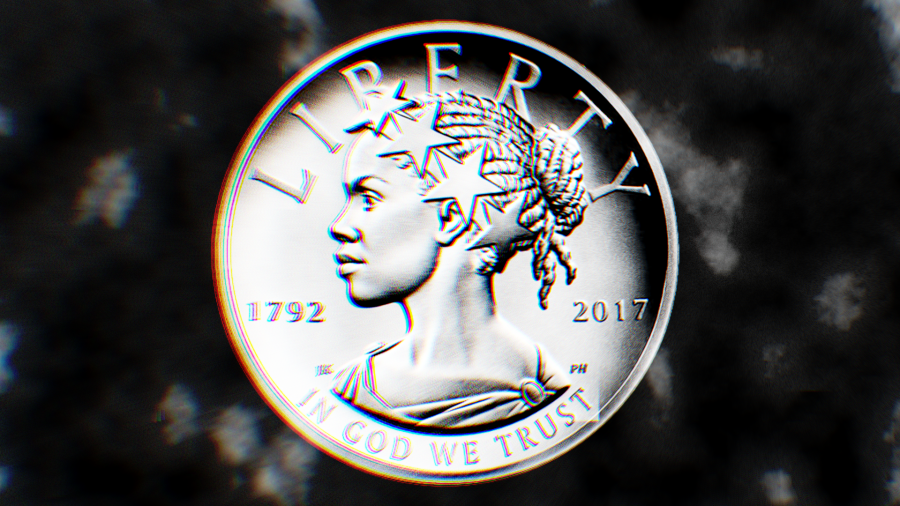 The U.S. Mint has revealed its design for a new collectible gold coin that will depict Lady Liberty as a black woman. As the New York Times points out that this is “the first time that she has been depicted as anything other than white on the nation’s currency.” Additionally, this will be the first in a series of coins that will depict Lady Liberty as “Asian, Hispanic and Indian” in order to “reflect the cultural and ethnic diversity of the United States.”

It’s actually a gorgeous design and, unlike the Andrew Jackson controversy, Lady Liberty isn’t actually a real human being, so there’s no debate over replacing a historical figure. And by now I’m sure you’ll know what direction this is going in. Yes, just like the reaction to Harriet Tubman on the $20 bill and the State Farm ad with an interracial couple, the racist dregs of society voiced their outrage at this terrible injustice.

An unfortunate side effect of racism is that it causes you to see things like a funhouse mirror:

Poor Joe, he can’t even tell that Lady Liberty’s lips are perfectly normal. Another side effect? Other inane questions:

Don’t worry, Joe, this is a $100 collectible gold coin. Your pockets will only smell of chewing tobacco and shame:

Lana Lokteff of Radio 3Fourteen wastes her time proving that a fictional being is actually white. Good going, genius: 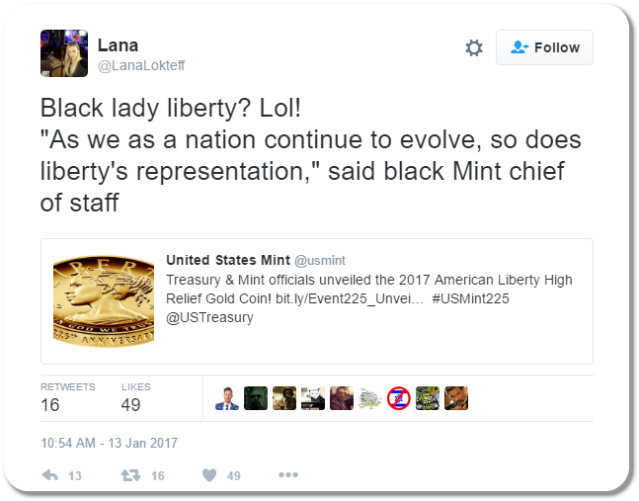 Jared Taylor of American Renaissance is shocked — shocked — that she’s not some nude African tribeswoman: 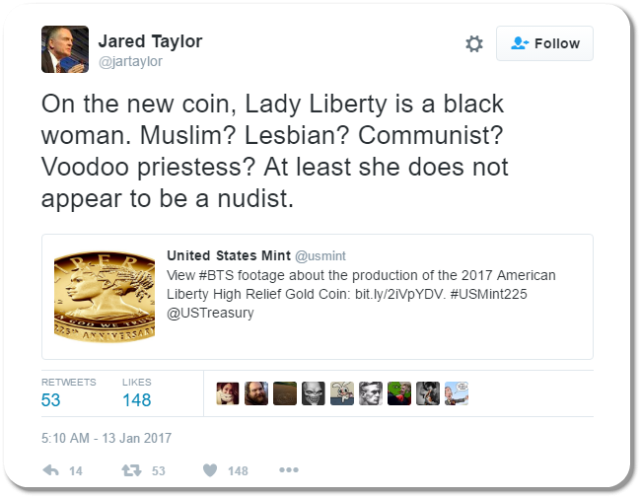 When racists can’t actually find fault with something, they resort to things like this: 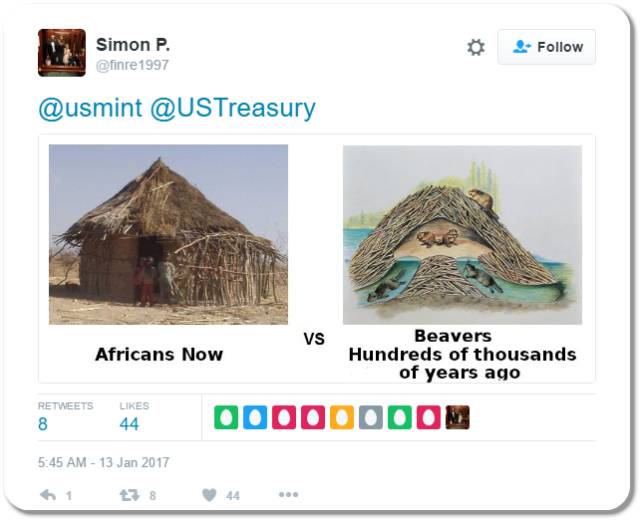 It’s wonderful when white nationalists have to interact with regular people who aren’t paranoid, jibbering idiots:

Who wants to bet this person is on some form of public assistance:

Oddly I do see a group of people crying: Hint: It’s not the “negroes”:

Can’t wait for the next stupid thing these twits get upset about.