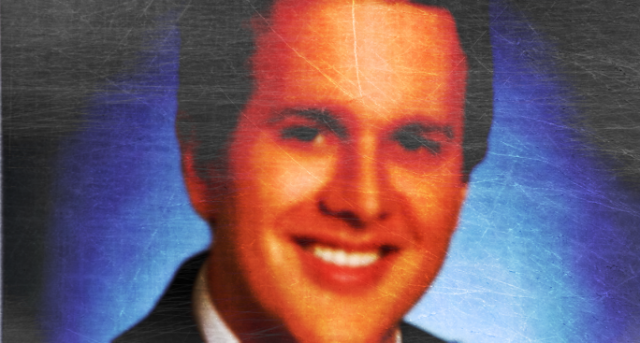 At the July 2016 Midwest Alt Right Conference, Kyle Bristow gave a speech outlining the evolution of the alt-right movement and the movement’s beliefs. Bristow, a white supremacist Michigan attorney, has long been an activist on the racist right.

While in college he founded and led the MSU chapter of the Young Americans for Freedom, and in 2010 he published White Apocalypse, a manifesto depicting the assassination of civil rights attorneys modeled after members of the Southern Poverty Law Center.

In March of this year, Bristow created the Foundation for the Marketplace of Ideas — a racist organization masquerading as a free speech advocacy group — which sponsored the conference. Among the members of the Foundation’s board of directors are white nationalist William Johnson, Jason Robb (son of Knights of the Ku Klux Klan leader Thomas Robb), and anti-gay conservative activist Ryan Sorba.

In his speech, Bristow pointed out that a decade ago his fellow activists were few in number and “pessimistic.” They were “physically attacked by Leftists,” “denied the ability to book venues at which to hold even private events,” and ostracized by “enforcers of political correctness” such as the SPLC. (The Bristow-led chapter of the Young Americans for Freedom was designated as a hate group by the SPLC in 2007.) The media, big businesses, and other entities “despise” their philosophy and heritage.

Today, what is known as the alt-right no longer consists of “political lepers” who are “rejected by all.” They have “established beachheads on social media,” and have their own websites (Red Ice Radio, American Renaissance, etc.), philosophers (Richard Spencer, Kevin MacDonald, etc.), and even their own entertainers (such as Paul Ramsey and Milo Yiannopoulos).

“And some would even say that we have our own political party which is going to make America white, I mean, great again!” he exclaimed as his audience laughed and applauded.

Their ideology, which the media has, so far, done a so-so job of pinning down, was summed up as follows (Author’s note: Because of the sound quality I had some difficulty transcribing this. I did so to the best of my ability.):

The alt-right is comprised of a smorgasbord of political ideologies and religious views, but its adherents are almost universally:

1. Appreciative of and overtly engaged in identity politics. Namely, we embrace the European identity.

2. True believers of our philosophy specifically and unequivocally reject political correctness, degeneracy, and other ideologies that offend our European values that are derived from our moral and legal traditions, which we revere.

3. We abide by a moral code that supersedes that of [modernity]. That is, the insults of yesteryear do not dissuade of even offend us anymore.

4. We understand who we are. We are proud to be of European civilization, and look forward to contributing to its advancement.

5. We understand [the] enemies — and when I say enemy, we can put that word in parentheses.

6.  We are young, highly educated, middle and upper class whites who’ve philosophically played around with right libertarianism, neo-conservatism, or paleoconservatism before evolving into alt-right activists.