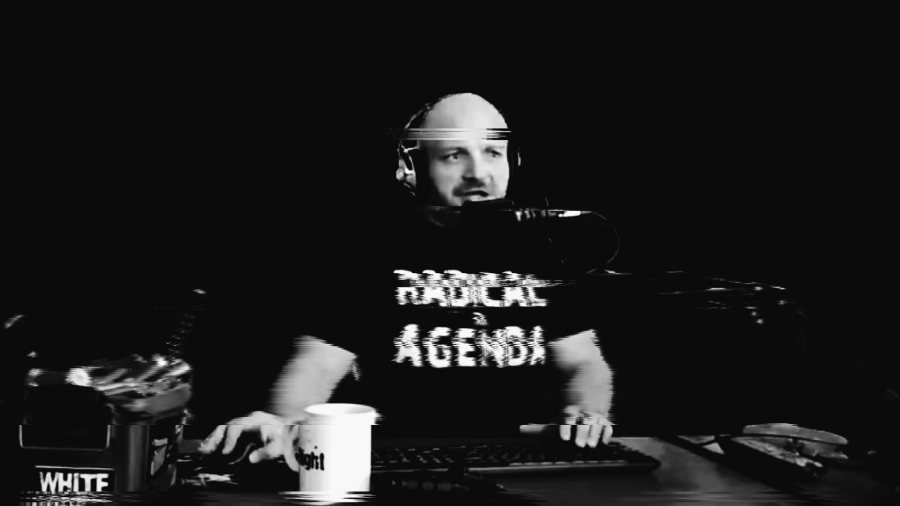 Christopher Cantwell, the host of The Radical Agenda, describes himself as “an Anarchist, an Atheist, and an Asshole.” He’s also a diehard supporter of Donald Trump, as he has indicated in the past, due to the Republican nominee’s anti-immigrant policies.

On the September 2, 2016 episode of his podcast, Cantwell praised the “harsh” tone of Trump’s recent immigration speech, before segueing into a vicious tirade justifying the murder of transgender people.

Of Trump’s latest xenophobic speech, Cantwell responded that it was “great,” and condemned “cuck motherfuckers” like Lindsey Graham and Marco Rubio who have, in the past, supported some form of amnesty. Trump’s refusal to water down his anti-immigrant policies was, he said, for the most part impressive.

Cantwell lauded Trump for bringing up “the fucking people who have been murdered” by undocumented immigrants and “the cost associated with illegal immigration.” (Never mind that immigrants commit crime at a lower rate than citizens and pay taxes as well.)

In response to an article from Time Magazine titled “My Brother’s Pregnancy and the Making of a New American Family” concerning a transgender male who gave birth, Cantwell launched into a rant against transgender people. As Cantwell angrily read the article aloud, he paused to say that he hoped harm would come to the subject of the article.

Re-reading the statistic that at least 21 transgender Americans were murdered in 2015, Cantwell shouted, “Do you have any idea how lucky you are that we haven’t fuckin’ rounded you up and put you into camps already?”

“How many of these fuckin’ degenerates grabbed a dick in a nightclub and got murdered when they fuckin’ pulled their own out in the men’s room?” he continued in what morphed into a defense of trans-bashing.

“What do you think about that? You think that might’ve been responsible for a couple of these murders, huh? You wanna talk about rape culture when a fuckin’ dick comes out during what’s supposed to be a heterosexual encounter? You think maybe that’d be a good time to talk about defending yourself against a rapist?”

In other words, the brutal murder of folks like Gwen Araujo (1985-2002) and Angie Zapata (1989-2008) would, to Cantwell anyway, be justified because their killers may have panicked and believed they would be raped.

Cantwell proceeded to talk to a rabidly racist and anti-LGBTQ caller. The caller, who had a 484 area code, informed Cantwell that hearing about transgender issues was very “upsetting” to him as a “normal person who can walk down the street and scratch the balls God gave me, and appreciate the fact that I have something between my legs.” (Cisgender women, presumably, must be missing out on this feeling as well.)

The caller informed Cantwell that “a lot of us who are racially aware” and have “trouble looking at a nigger or a spic or a tranny and not wanting to just break their neck right there, and expedite the future helicopter ride” — helicopter rides being an alt-right meme/reference to executions by fascist dictator Augusto Pinochet.

“And so this is something that I in my own life have had issues with, and that the race thing I can kind of handle individuals and not be overly mean,” he continued. “But when I see a gay couple or a lesbian couple or someone who is obviously a tranny, I will openly mock them. And it has had incredibly interesting repercussions in my life.”

Cantwell responded by saying he had tried to adjust to “dealing with the gays.” However, the “tranny thing was hard stop, I’m not doin’ it anymore,” labeling acceptance of transgender rights something that has “gone too goddamn far.”

“Yeah, this is why I left the libertarian movement, personally” said the caller. The “values of faggotry” are “so juxtaposed to freedom” he concluded.

Cantwell said he had “joked before” after reading articles from the website LGBTQ Nation that the LGBT community should “go start a nation out of it.” “I don’t think that your population’s exactly gonna thrive when everybody stops breeding, right?”