Yes, it bears repeating that the deadliest mass shooting by a single person in U.S. history was committed against the LGBT community — a group that is already singled out for physical violence and discriminatory legislation. And yet, for some inexplicable reason, someone (probably a troll with nothing better to do) started the hashtag #HeterosexualPrideDay.

Just like the “Black is Beautiful” campaign was a response to being told constantly that being black was anything but beautiful, the concept of gay pride rose from gay people being told they were lesser than straight people.

It’s just not as simple as being proud of an innate trait for no reason, and it isn’t the equivalent of straight pride or white pride, so spare me the tone-deaf conservative talking points.

But, if you still doubt that the people seriously using this hashtag aren’t bigots — like the white pride crowd or the “All Lives Matter” crowd — let’s take a look at what they had to say, shall we? 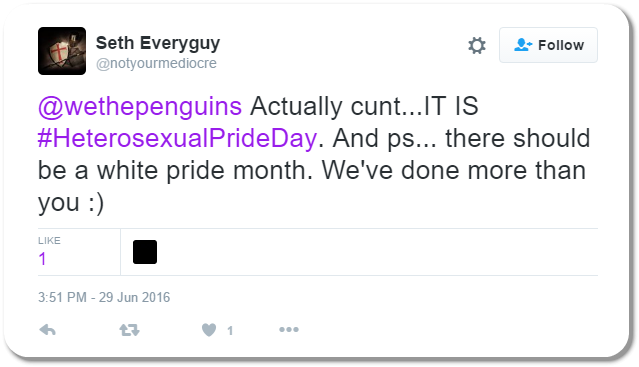 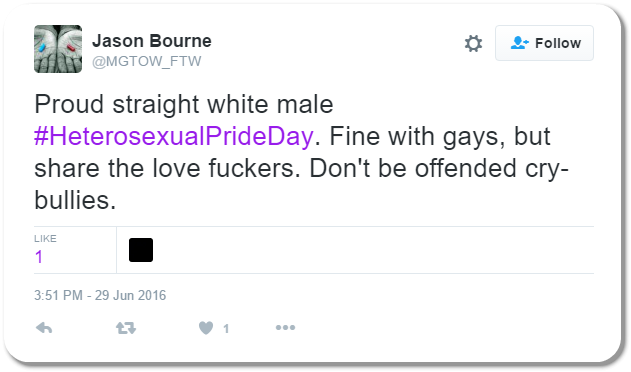 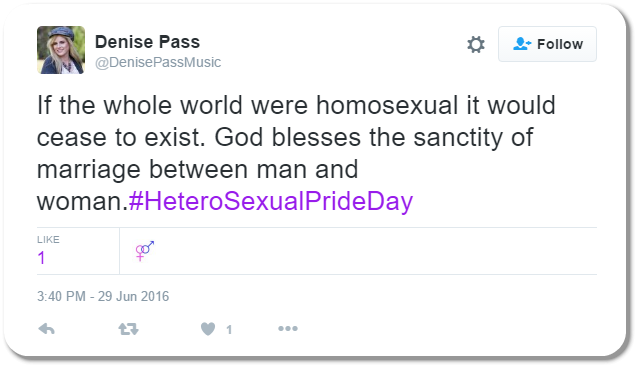 This is interesting since Matt Forney has admitted to having struck at least one of his partners:

This is a flat out lie, of course:

White nationalist Angelo John Gage spent the better part of a day arguing on Twitter about it: 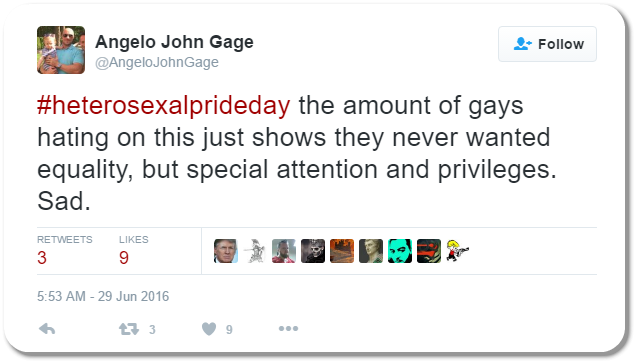 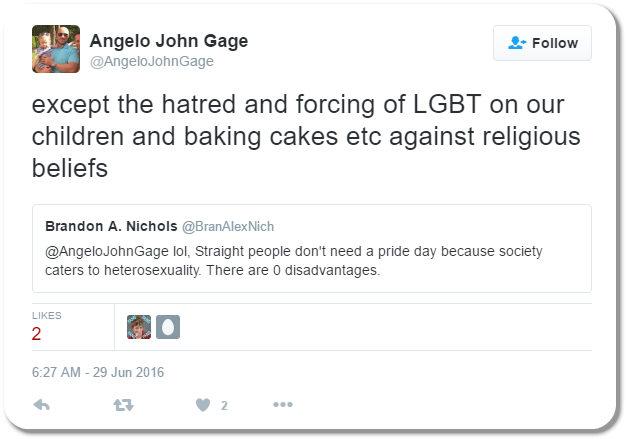 White people are the true minority:

Uh oh, watch out for the fabulous “LGBT militants.” We must protect the children from their militant gayness: 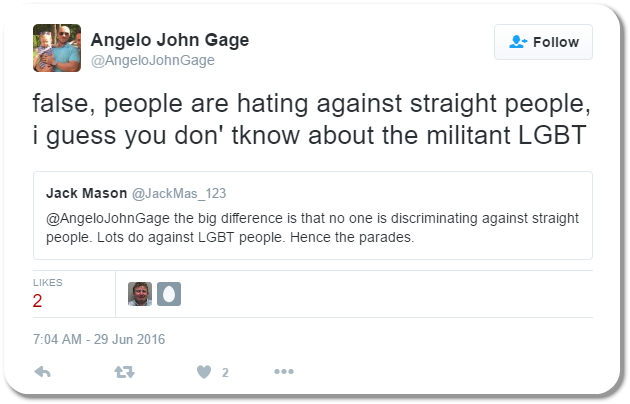 Implying that a man-made construct like marriage is “natural”:

Are all couples with children automatically married? Do all married couples have children? I’m going to say no on both counts: 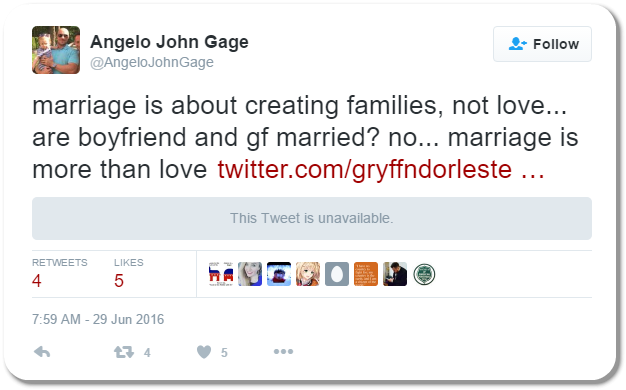 And here’s “Wife With A Purpose” (implying that most wives don’t have a purpose?), another white supremacist Trump supporter: 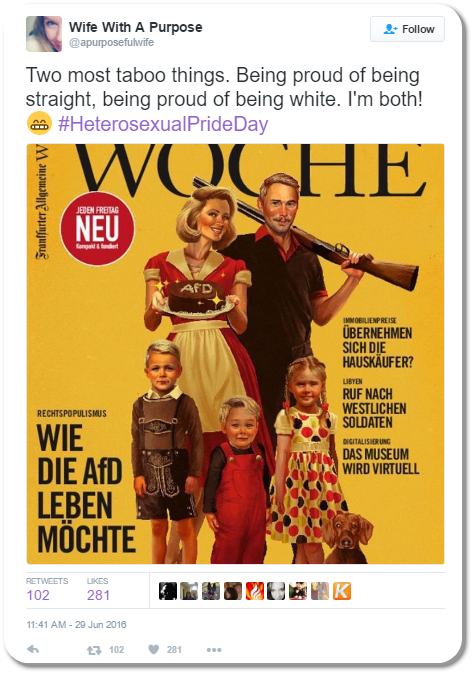 She enjoys using stock photos but isn’t a fan of “queers”: 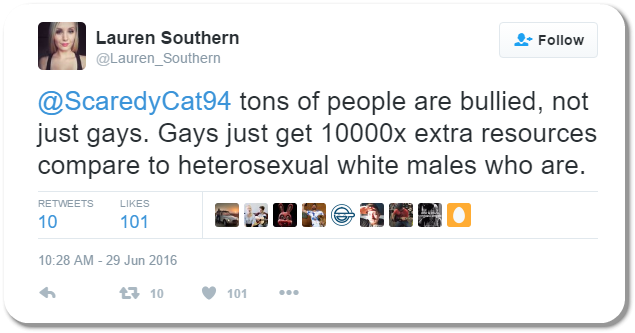