On April 23, 2016, Beyoncé released her latest album, Lemonade. The album has already received praise from the likes of A.V. Club and Rolling Stone. Not everyone, however, was pleased. Trump supporter and potato enthusiast Janet Bloomfield (real name Andrea Hardie), for example, went on a long-winded, racist Twitter tirade, referring to Beyoncé and Black Lives Matter activists as “feral thugs”: 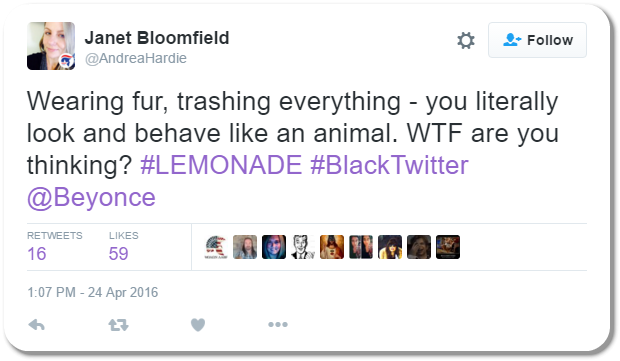 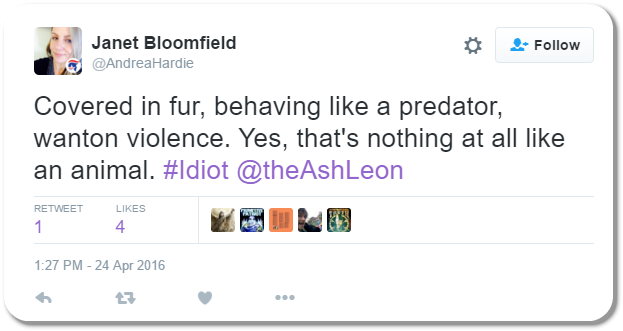 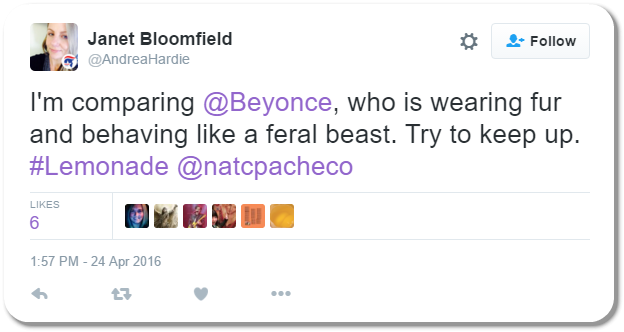 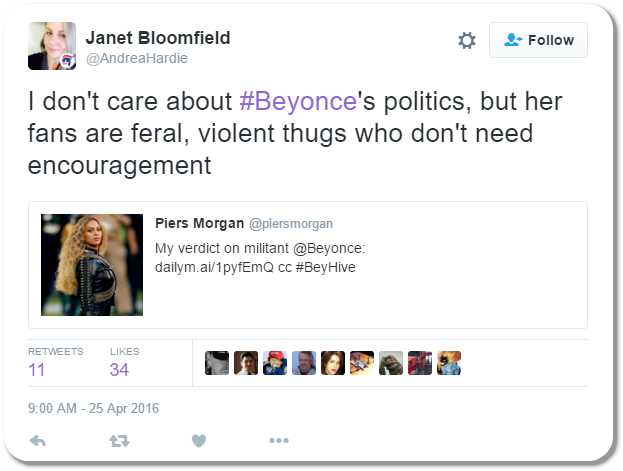 And she pokes fun at the critically acclaimed singer’s age and looks:

Followed by more racism. Here’s what she thinks of black families:

And said she wants to Tweet a photo of herself in blackface to black comedian and Nightly Show writer Franchesca Ramsey: 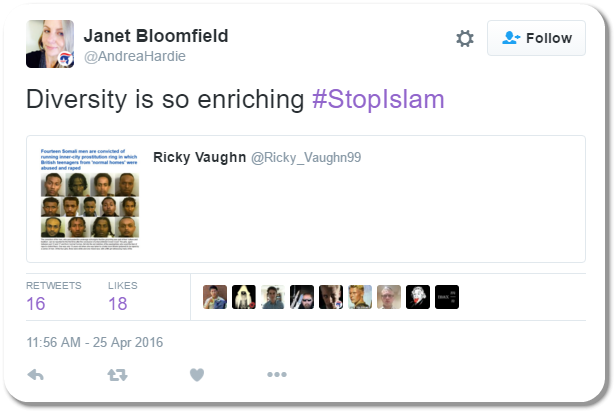 And here’s some bonus death threats and homophobia: 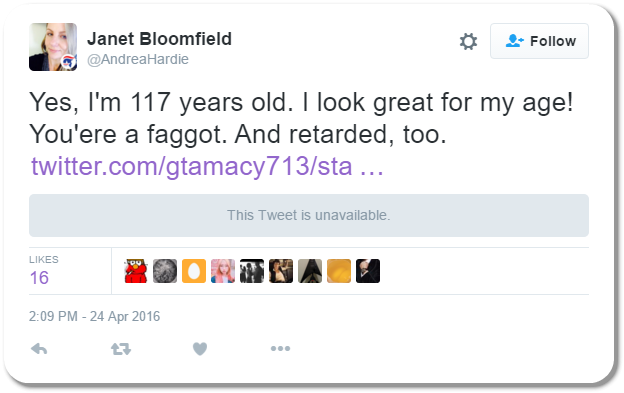 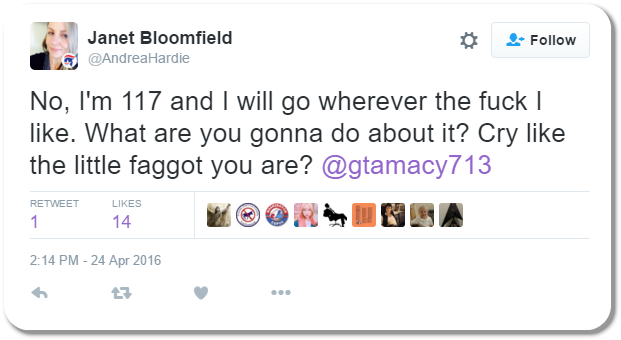 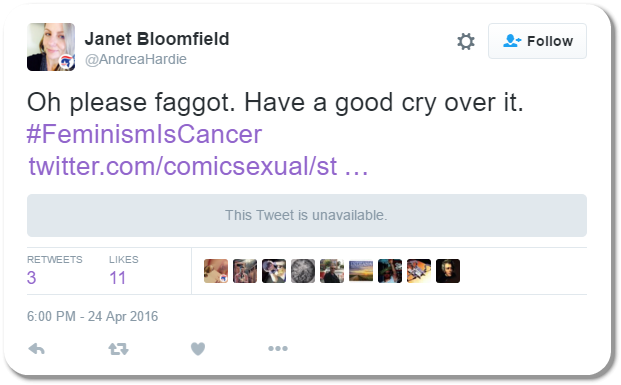 Do us all a favor and, as the kids say, delete your account.