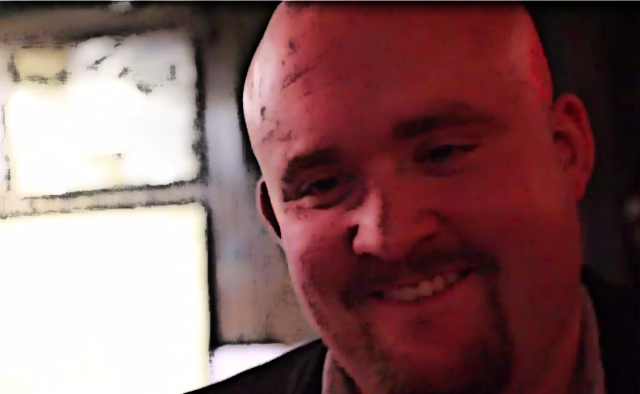 Robert Stark, whose eponymous podcast The Stark Truth is hosted by the Hitler-worshiping website Counter-Currents Publishing, began the conversation with the controversy surrounding Rachel Dolezal — the former Spokane NAACP president who spent the past decade disguising herself as an African-American.

Noting that “a lot of people are outraged” by Dolezal’s cultural appropriation, Stark drew a parallel to “the whole…transgender thing”, asking what the difference was between a woman trapped in a man’s body and a “black person in a white person’s body.”

Forney responded by claiming that there is, indeed, a similarity between the two situations, since “the left has argued for years” that both race and gender are social constructs and that “there are no innate differences between men and women” — a belief which “has been used to try to justify transsexuality.”

Stark then launches into a discussion of transgender rights, a subject which has picked up steam in our media and pop culture as of late. Or as Stark phrased it, transsexuality is “relatively recent” phenomenon, and “the left” has had a difficult time “forcing it down people’s throats.” Stark also recalled how, in the 1990s, “trannies” were viewed as “kind of weird” and were often portrayed as “a joke in a movie.”

Forney concurred, stating that in the 60s and 70s the “few transsexuals out there accepted that they were basically freaks.” Lamenting how “transsexualism” has been effectively “normalized” much in the same manner as homosexuality, Forney went on a vicious tirade against the trans community.

“Now we’re seeing a massive push to normalize all these pathologies, and…the normalization of homosexuality was mostly successful because it’s much easier to cover up the pathology of homosexual behavior,” Forney opined. “But transsexuality is a much harder sell because anyone who’s encountered a transsexual in their life knows there’s something off about them.”

Then Robert Stark shifts to the topic of “social justice warriors” who spend time critiquing and analyzing pop culture, asking Forney if anyone on “the dissident right” behaves in a similar manner. Forney acknowledges that some do, but that he himself rises above trivial matters such as television shows and movies — claiming that he doesn’t even have a TV.

However, when Stark reminded him that he dedicated one of his online shows to discussing the new Nickelodeon show Bella & the Bulldogs, Forney backtracked slightly, stating that it’s acceptable to analyze a show as “ridiculously outrageous” as that one.

Forney’s chief complaint about the show, which depicts a young, female cheerleader who joins her school’s football team, is that it’s sending subliminal messages to children encouraging them to engage in interracial “cuckolding” — a sexual fetish typified by a white man watching his (usually white) girlfriend/wife having sex with a black man. (The Daily Beast gives a breakdown of this “psychological sadomasochism.”)

The idea that this children’s show is encouraging “miscegenation” and “sexual perversion” has had white supremacists foaming at the mouth as of late.

At The Daily Stormer, a website allegedly frequented by mass murderer Dylann Roof, Andrew Anglin ranted about how the show depicts “a White woman, a faggot White male and an alpha male Negro.” “It doesn’t need to depict sex acts,” Anglin fumed, “it simply needs to depict a cucking, which is a White man being BTFO [“blown the fuck out”] by a Negroid buck.”

Matt Forney shares some of these same concerns, claiming that the show contains “all these surreptitious references to cuckolding.”

When pressed by Stark for details about these hidden references, Forney responded by saying that the “Bulldog” — the name of the fictional football team — “alludes to the fact that, in cucking, the term ‘bull’ is used to refer to, usually like, a black man who is brought in to have sex with a guy’s wife while he cries in the corner and masturbates.”