For personal reasons (nothing bad, rest assured) I’ll be taking the next few days off from posting. In the meantime, here are some more news stories and articles to keep everyone informed:

Feministing – How we obsess over and then ignore violence against Muslim women.

Slate – In defense of the court-packing plan.

AlterNet – How and why women and people of color are overlooked at the Oscars.

Right Wing Watch – Scott Lively warns that the Supreme Court could unleash the Antichrist by September 2015.

Jacobin – The legacy of Malcolm X.

The Root – Fox News affiliate anchor refers to Lady Gaga’s music as “jigaboo music” in front of her black co-anchor. 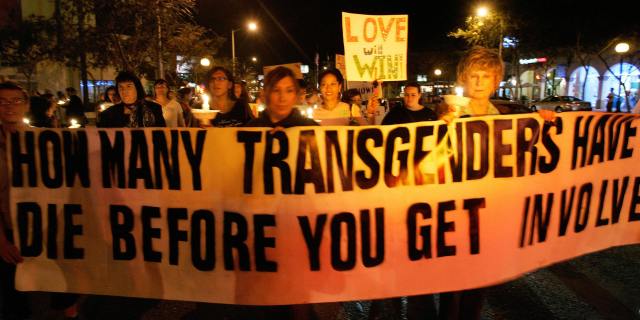 Slate – Can cis lesbians and trans women learn to get along?

The TransAdvocate – NewStatesman columnist compares criticism of TERFs to a McCarthyite witch hunt.

The Huffington Post – Ohio and the epidemic of anti-transgender violence.

The Mary Sue – The media aren’t the only ones failing transgender women of color.

LGBTQ Nation – Parents say that Michigan pediatrician refused to care for their baby because they’re lesbians.

Talking Points Memo – Do you realize how much jeopardy Obamacare is in?

Salon – The right’s latest rape lunacy: Guns on campus won’t prevent rape — but they will put women in jail for self-defense.

We Hunted the Mammoth – Pickup guru Roosh V wants to end rape by legalizing it.

Buzzfeed – Judge rules that a florist broke the law by denying service for a gay wedding.

Breitbart News columnist, #GamerGate defender, and self-proclaimed “journalist” Milo Yiannopoulos has a bone to pick with the new female version of Thor. END_OF_DOCUMENT_TOKEN_TO_BE_REPLACED

A Fox News guest says mandatory vaccines could lead to mandatory abortions, Gary Cass says abortion rape exceptions can be avoided by murdering rapists, a man is charged in connection with a fatal attack on a lesbian couple, and more. END_OF_DOCUMENT_TOKEN_TO_BE_REPLACED

Paul Elam turned being a deadbeat dad into a career, nearly 60% of Americans say wedding businesses should be able to turn away gay couples, an Indiana woman has been found guilty over her miscarriage, and more. END_OF_DOCUMENT_TOKEN_TO_BE_REPLACED